Barack Obama appointee and policy clone Ray Mabus has finally issued a statement that will not make conservatives want to heave. The Navy Secretary told Congress on Tuesday to that he plans to resign and step down from his role.

Appointed by Obama in 2009, Mabus has served as Navy Secretary for a total of eight years, the longest any Navy head has served since World War I. His tenure in that past hasn’t been without considerable controversy. In January, he announced plans to do away with titles within his branch of the service (think fireman, seaman, and yeoman) that are sexist. And last September, he denounced as biased and wrongheaded a Marine Corps study that demonstrated that women are less capable at ground combat than men. Likely we will see more before he makes his exodus in 2017.

GOP Rep.[score]Duncan Hunter[/score] has called for Mabus’ resignation multiple times over his attempts to “socially engineer” the Navy and Marine Corps at seemingly any cost.

Mabus has also clashed with Marine Corps leaders, who submitted an exemption request in 2015 to keep several combat roles male-only based on the aforementioned study. In response to his outbursts, Hunter said that Mabus was going out of his way to undermine and insult Marine Corps leaders.

Special operators have widely opposed the integration of women into their units, but military leadership, especially Mabus, have run roughshod over all objections.

Mabus has a long history of public service. In 1988, he became the youngest governor of Mississippi in over 150 years. He then served in President Bill Clinton’s administration as ambassador to Saudi Arabia from 1994 to 1996.

Cartoon of the Day: Favored son
Next Post
More bad news for those who want to sink Trump’s battleship 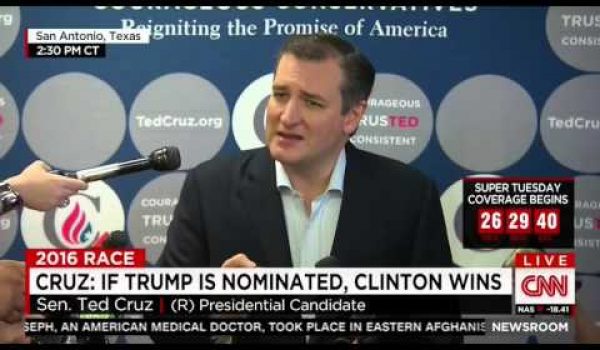