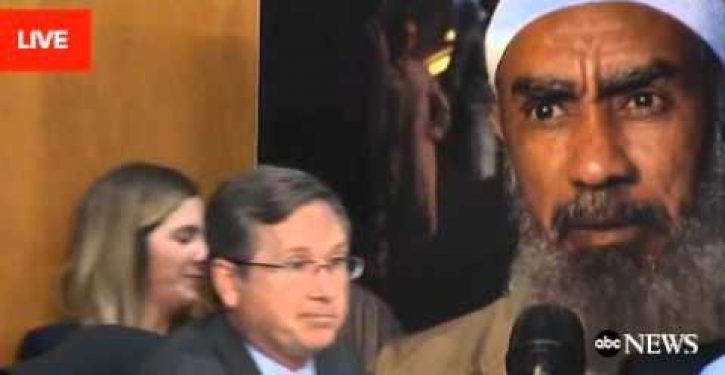 It’s hard to write much about foreign policy when the news is invariably bad.  Sure, my predictions are coming true.  But I never wanted them to.

And the overriding point continues to be – must be – that no new president can simply take up in January 2017 as if it’s January 2009 again.  There’s no way to frame things now as if there is something incremental or conventional that the U.S. can do about any of this.  It’s broken beyond repair.  If the USA is to have a world we can actually function in again, something new will have to be built.

That building project has to start at home, in fact.  We have to stop attacking our own economy and national spirit.  There’s no quick solution to this.

It’s going to get more broken between now and next January, so there’s not much point even in speculating today as to where we start, when Obama is finally gone.  We don’t know yet what the starting line will look like.  (We do know it will look like opportunity.  And we know that evil is incapable of organizing itself for sustainable operations and consensual rule.  So it’s not all doom and gloom.  More on that at another time.)

In the meantime, if you want to understand how little Team Obama is going to do about the world’s growing threats, you can’t do better than to survey the cavalier idiocies of the secretary of state.  I’m sorry to have to put it in such terms, but it’s been a long time since it was evidence of “temperance” to avoid using that language in discussing Obama’s foreign policy.  All it is today is fear of being criticized.  John Kerry is uttering idiocies, and we do better to face up to that.

Please don’t say something shallow to yourself like “Kerry is stupid,” however.  This isn’t about Kerry being stupid.  This is about there being nothing responsible, but also feasible, to do in the situations Obama has backed us into – and the Obama administration not caring that everyone can see that.  At the highest level, the Obama team barely bothers to pretend anymore that it has a conventional perspective on American national security interests.

The banality of anti-terrorism

On Wednesday, John Kerry sat before a Senate Appropriations subcommittee and explicitly shrugged off the recidivism of terrorists released from Gitmo by Obama.  He was fresh out of even marginally credible ways to do that.  Washington Free Beacon has the exchange (emphasis added, because I just can’t help myself):

“Let me just ask one question,” [Senator [score]Mark Kirk[/score]] said to Kerry. “I want to show you a picture of Ibrahim al Qosi, who was recently released by the administration to the Sudanese, and he appeared on some al Qaeda videos recruiting people for AQAP [al Qaeda in the Arabian Peninsula].”

Kirk went on to say, “Now that he’s out, I would hope we would end the policy of issuing terrorists to terrorist nations, and where they can get out.”

Sudan, where al Qosi was released, has a long history of terrorist activity with Sunni jihadist groups and individuals like al Qaeda and Osama bin Laden as well as with the Islamic Republic of Iran. The Sudanese government has also been internationally accused of committing genocide in Darfur.

Kerry paused for a moment before saying to Kirk, “Well, Senator, he’s not supposed to be doing that. And there are consequences for that, and there will be. But apart from that, the fact is that we’ve got people who’ve been held without charges for 13 years, 14 years in some cases. That’s not American, that’s not how we operate.”

Prize for the weakest, most moronic straw man ever?

This next one has to run a close second.  Kerry was before the House Foreign Affairs Committee addressing questions about Russia’s impending sale of Su-30 fighters to Iran.  (Notice I didn’t say “answering” questions.)  The questioning relates to the veto the U.S. can exercise over such a sale under the UN resolution that endorsed the Iran “nuclear deal.”

If the sale went through, Iran’s air force capabilities would take a quantum leap forward.  We wouldn’t be talking about air defense; we’d be talking about an emerging capability to credibly project air power into foreign air space – a capability whose lack has been a great security convenience and source of stability for the rest of the region since 1979.

KERRY: Well, I don’t think you have to use a veto. I think it’s a matter of a committee. There’s a committee and it’s in approval in the committee, but we would not approve it.

SHERMAN: And would we use our veto if necessary to prevent the sale?

KERRY: To the best of my knowledge, Congressman, I don’t, I haven’t looked at the specifics of the transaction, etc. In principle, we are very concerned about the transfer of weapons and so, you know, we would approach it with great skepticism. But I haven’t seen the specific transfer or what the request is. We have a committee that will analyze this thoroughly before anything happens and the committee signs off on it, I assure you. We’ll stay in touch with you.

In other words: No, Kerry won’t commit to using the U.S. veto.  He needs a committee to analyze this for him – as if there can be some scenario in which it doesn’t change anything, for an Iran whose military is all over Iraq and Syria to suddenly get new, modern jet fighters after a hiatus of nearly 40 years.  He’ll be in touch, yo.

Have you figured it out yet?  Not only is Obama not going to do anything about these developments; he and his team are dismissive about the obvious fact that there’s nothing we can do now.  Nothing that we can back up, at any rate.

Many of you will have heard that Kerry also needs an “additional evaluation” to be done, to determine whether the systematic slaughter of Christians by jihadis in the Middle East is a “genocide.”

My concern about this goes beyond the superficial inanity of Kerry’s response to the House committee.  A morally responsible administration wouldn’t need a determination of “genocide” to take action on this.  Merely trying to protect people under genocidal attack is an unexecutable form of operation anyway.  Genocides always happen while we’re trying to determine if that’s what they are; the real failure lies in leaving the predators armed, organized, and alive in the first place.

But we’re out of position to do anything about that at this point.  Russia tells us how much we can do in Syria now, and Iran how much we can do in Iraq.  So Kerry takes refuge in the absurd pretense of needing more evaluation to be done, before the official stamp of “genocide” can be imprinted.

Channeling Mohammed in all the wrong places

Kerry’s rhetorical performance just keeps highlighting the logical disconnect of Obama’s America still being involved in any of this.  Yochanan Visser picked up on a jarringly foolish comment from Kerry this week that the “ceasefire” brokered for Syria, which is supposed to become effective on Saturday, represents a “hudna.”

If you don’t know what a hudna is, don’t worry.  Kerry obviously doesn’t know either.  A hudna is a temporary ceasefire cleverly negotiated to immobilize the other party, so that you can rearm, reposition, and then break it.  The most famous hudna in the annals of Islam was Mohammed’s treaty of Hudaibiyah, which he made with the Quraysh tribe of Mecca just before attacking and conquering Mecca himself.  (Notably, it launched the period of the “Islamic Conquests.”)

A hudna is a sucker bet that you get some other guy to make, so you can roll him.  There is no conceivable circumstance in which it would be responsible for the United States to refer to the negotiated ceasefire plan in Syria as a hudna.  Doing so can only get everyone’s back up and make all the parties wonder what we are there for.

That’s if they take Kerry and the U.S. seriously at all.  I don’t think they do now.  These are the worst possible conditions in which to have our own troops deployed in Iraq and Syria.  Pray for them; they need the grace of God as their shield.