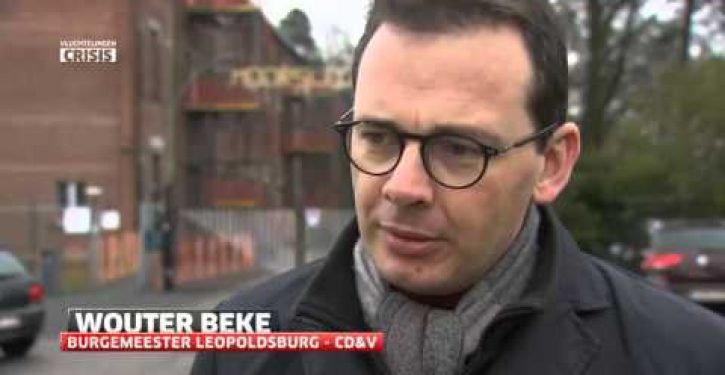 Oh, the humanity! Syrian and Iraqi refugees clashed with their Afghan counterparts at a Belgian camp last week after the latter caught a glimpse of a young girl walking around without a headscarf.

Tension between the two sides was growing for days before a riot eventually erupted Friday.

Video from the riot, which reportedly involved more than 100 people, shows the refugees throwing just about anything they can find.

An Luyten, a Red Cross worker at the camp, confirmed for Flanders News that 11 people were arrested. Seven people were reported injured.

“The Syrians sided with the young woman, while the Afghans and Iraqis were on the other side,” Luyten said. “The four that were part of the core portion [responsible] have been transferred to a detention center.”

Luyten said the riots came as a surprise for volunteers at the camp and that several Syrian girls walk around without headscarfs. She had no explanation for why this girl’s choice of clothing was particularly disturbing.

“You may call this strange, because several other girls were also not wearing a headscarf,” Luyten said. “It is not clear why they were after this girl in particular.”

“They come here, they are guests here,” he said. “We are not with them. They have to adapt to our rules.”