Cheryl D. Mills, long-time friend and confidant of Bill and Hillary Clinton, is promoting a 23 cents-an-hour wage in the West African nation of Ghana to lure textile and apparel industry companies to invest there even as the former secretary of state advocates a $15-an-hour “livable wage” here.

Mills’s newly formed firm, the BlackIvy Group, LLC., makes the pitch with a powerpoint presentation that was obtained by The Daily Caller News Foundation.

The campaign by Mills’s firm to attract investors to Ghana on the basis of a wage that is only 1.5% of the value of the proposed Livable Wage could undermine the former secretary of state’s campaign for the 2016 Democratic presidential nomination.

Mills established BlackIvy with her as its CEO in 2013 when she left the State Department where she had been Clinton’s chief of staff through most of the latter’s tenure as America’s chief diplomat. Mills was also a member of President Clinton’s impeachment defense team during his 1998 trial before the Senate.

Warnholz said in the presentation that Ghana’s minimum wage of 23 cents-per-hour “compares favorably” to other countries and he specifically cited “China (U.S.$1.63/hr), Bangladesh (U.S$ .68/hr), and Vietnam (U.S.$.40/hr).

He said Ghana was an “ideal entry point” to West Africa for the textile industry as Ghana is located in the second largest cotton-growing region in the world. Warnholz used the BlackIvy presentation in promoting an industrial park in Ghana called Westpark at the conference.

BlackIvy Group’s website describes it as a “values-driven company” that “builds and grows commercial enterprises in Sub-Sharan Africa.”

Warnholz also worked at the Clinton State Department with Mills and he promoted the failed Caracol industrial park in Haiti, which emphasized low-wage textile workers and exports.  At the time, Warnholz was a senior advisor to the [George] Soros Economic Development Fund. Warnholz was a “senior advisor” to Clinton at the State Department. Other BlackIvy consultants also came from the department.

Mills’ contacts among African political and business leaders were likely enhanced when she accompanied Clinton on a whirlwind tour of eight African countries in 2012, including Ghana, according to documents obtained by Citizens United under the Freedom of Information Act.

Her company, based in a Washington, D.C. suburb says it does investment work for Ghana, Tanzania, and Kenya.

Still, she continues to support the Clinton campaign. A quarterly filing by the Clinton campaign to the Federal Election Commission last September showed it paid Mills $28,500 for “disbursements.” No additional details about the expenditure were provided to the FEC.

Mills was so enchanted with her new company and entering the private sector she focused on her new company logo 24 hours after the terrorist Benghazi attack and even sought feedback from Warnholz, according to State Department emails released to Judicial Watch under the FOIA.

Mills’s Ghana advocacy could also complicate Clinton’s relations with organized labor. Unite Here, the nation’s largest textile worker union, has not yet endorsed a presidential candidate. That union was the first national union to endorse then-Sen. Barack Obama over Clinton in the 2008 presidential race.

Unite Here did not respond to a request for comment from TheDCNF.

Textile jobs in American plants have plummeted by nearly two thirds because of competition from low-wage workers overseas, according to the U.S. Department of Agriculture.

With the elimination of import quotas, “you saw imports of clothing rising and you saw the job losses accelerating.” Stephen MacDonald, a senior economist at the Department of Agriculture, told TheDCNF.

Raynard Jackson, a black Republican political strategist who also has promoted business investment in Africa, told TheDCNF that he was “stunned,” by Mills’s low-wage promotion.

“Nobody I have done work with in Africa doing business there has ever used as a ‘strategic advantage’ a 23 cent an hour minimum wage. That’s slave labor,” he said.

“I guarantee you, no Republican businessmen would never go to Africa and do that,” Jackson said. “Even if they thought they could get away with it, they wouldn’t do it because to us that would be morally objectionable.”

Jackson warned that “if a Republican candidate were to get hold of this information, they would be crazy not to tie this to Hillary.”

Harry C. Alford, president and CEO of the National Black Chamber of Commerce, charged that Mills is acting like a “poverty pimp” in promoting the meager Ghanian wage to textile industry investors.

“Her mentality is, ‘I don’t care what happens to someone else or the economy. I’m trying to make me some money,’” Alford told TheDCNF. He called 23 cents-an-hour “slave wages” and “hypocrisy.”

BlackIvy is promoting investment in the new Westpark industrial park in Ghana, which resembles Caracol, the failed Haitian industrial park, in several important respects. Clinton and the Clinton Foundation championed the Haitian project, which was promised to create 65,000 new jobs in Northern Haiti, but, according to the U.S. Agency for International Development, has only generated about 6,200.

The BlackIvy Group did not respond to a request from TheDCNF for comment. The Clinton and Sanders campaigns, as well as the AFL-CIO, also did not reply to DCNF inquiries. 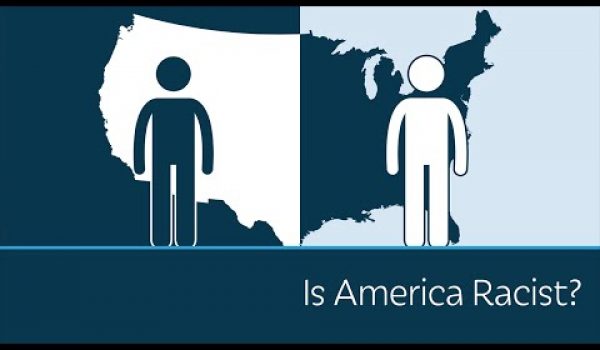 Video: Prager U asks whether America is racist
Next Post
U.S. CENTCOM releases first official timeline of the Navy boat seizure by Iran