When it rains, it pours. And right now, it is pouring politically correct lunacy on college campuses across the country, where students are becoming traumatized by exposure to — horrors! — free speech.

The latest venue to insulate impressionable undergrads from disturbing points of view is prestigious Williams College. The president there has unceremoniously banned conservative writer John Derbyshire from speaking on campus, saying the writer’s views constitute hate speech and simply will not be allowed.

Derbyshire is admittedly a controversial figure, unafraid to openly state views that appall many. In 2012, he published “The Talk: Nonblack Version,” an article structured as a series of suggestions to his children about how to interact with black Americans. Notably, the piece argued that black Americans are substantially less intelligent and more violent than whites, and included advice such as “Do not attend events likely to draw a lot of blacks” and “Do not act the Good Samaritan to blacks in apparent distress.”

Derbyshire’s piece got him summarily fired by National Review and made him something of a pariah in mainstream discourse, but he has remained a popular writer among those on the so-called “alternative right.”

All of this made Derbyshire appeal to Williams student Zach Wood, the current head of the student-run Uncomfortable Learning speaker series. Uncomfortable Learning seeks to pop Williams’s intellectual bubble by inviting speakers with more unusual views. Past invitees include conservative writer Jonah Goldberg, who argued liberals use various clichés to prevent debate, and economist Richard Vedder, who argued federal welfare policies create a “war on work.”

While Wood himself is a black man and a Democrat who plans to vote for Hillary Clinton, he said Derbyshire’s views were just the sort of things Uncomfortable Learning was looking for.

“The life of the mind is something I value very deeply — asking tough questions,” Wood told The College Fix.

But Wood won’t be able to ask those tough questions of Derbyshire, or at least he won’t be able to on campus. Williams President Adam Falk issued a statement Thursday saying under no circumstances would Derbyshire be allowed to speak at the school:

Today I am taking the extraordinary step of canceling a speech by John Derbyshire, who was to have presented his views here on Monday night. The college didn’t invite Derbyshire, but I have made it clear to the students who did that the college will not provide a platform for him.

Falk said he is a strong supporter of free speech, provided the speech is not too offensive:

Free speech is a value I hold in extremely high regard. We have said we wouldn’t cancel speakers or prevent the expression of views except in the most extreme circumstances. In other words: There’s a line somewhere, but in our history of hosting events and speeches of all kinds, we hadn’t yet found it. We’ve found the line. Derbyshire, in my opinion, is on the other side of it. Many of his expressions clearly constitute hate speech, and we will not promote such speech on this campus or in our community.”

Williams spokeswoman Mary Dettloff told The Berkshire Eagle that besides his writings on race, Derbyshire was also banned because of his views on women’s rights, gay rights and sexual harassment, which made him “unsuited to discussions at Williams College.”

Derbyshire told The Berkshire Eagle his reaction to the cancellation was simply “a shrug.”

“The colleges today are dreadful,” he said. “Nothing surprises me anymore. Hence the shrug.”

According to campus civil liberties group the Foundation for Individual Rights in Education (FIRE), the ban on Derbyshire is the most explicit in years, and goes far beyond the more mundane “disinvitations” that happens several times a year around the country.

“John Derbyshire and the students might actually have learned something from their encounter with one another,” said FIRE’s Samantha Harris. “That is, one would think, nearly always the point of inviting a speaker to a college campus, and was in fact the explicit purpose of this invitation. But Adam Falk thinks he knows better.”

Harris also argued that Falk, who is white, was “unabashedly tak[ing] it upon himself to determine what ideas about race are too dangerous for the college’s black students to hear — even when the person expressing the ‘dangerous’ ideas was invited by one of those black students for that very purpose.”

Protests planned across U.S. to back Apple in battle with FBI
Next Post
Hypocrisy much? Hillary accuses Republicans of talking ‘in coded, racial language’ 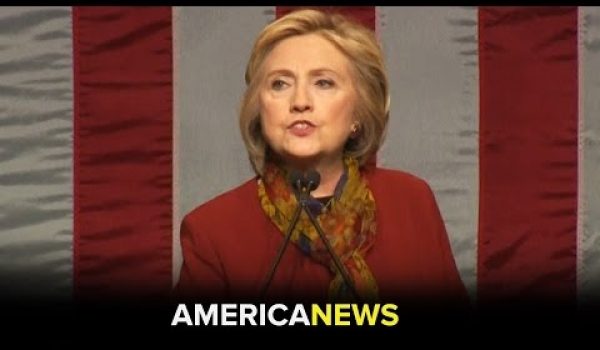