An unusual legal battle in the trials of the officers charged in the death of Freddie Gray could propel the case all the way to the Supreme Court.

Circuit Judge Barry G. Williams ruled that Baltimore Officer William G. Porter could be compelled to testify against his fellow cops, even though he has pleaded the Fifth and has pending charges for which he will be tried. Williams’s decision was called highly unusual by many legal experts, and Maryland’s highest court ruled Thursday to postpone the officers’ trials until the Maryland Court of Appeals decides whether Porter can be forced to testify.

Porter has been offered “limited immunity” by the prosecution. Officials said Porter must testify in the other trials but that his testimony won’t be used against him in his own trial. Legal experts have expressed serious concerns about the decision and said it’s impossible for a prosecutor to not benefit from listening to testimony, regardless of whether he can specifically use it in court.

Slotnick said limited immunity is “extremely uncommon” and “doesn’t hold water.” Porter should take the stand but refuse to answer any questions, according to the famed attorney, citing the Fifth Amendment — this would force a judge to explicitly say Porter can’t exercise his Fifth Amendment rights.

“One of the things that we have to understand is that prosecutors cannot call people to the witness stand and have them incriminate themselves unless they give people immunity,” Slotnick told TheDCNF. “The Constitution is very clear.”

Police arrested Gray in April and transported him in the back of a police van. Gray appeared healthy when arrested but was injured within an hour after his encounter with police. His spinal cord was severely damaged and he died a week later from the injuries. 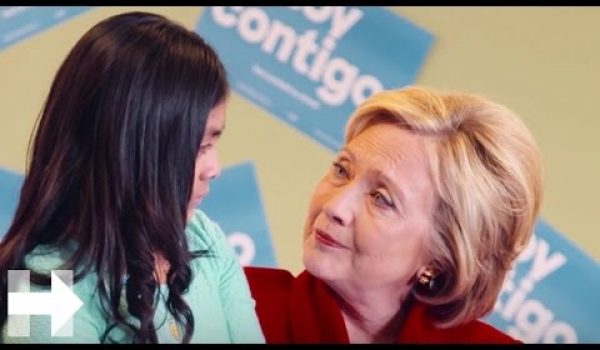 Hillary on immigration, then and now
Next Post
Jacksonville City Council scuttles bill that would let transgender men into women’s bathrooms