The speaker is Barack Obama, who was on the golf course (duh!) when he learned about the sudden passing of Supreme Court Justice Antonin Scalia.

At 4:45, the president delivered a statement from Rancho Mirage, Calif., in which he said:

Obviously today is a time to remember Justice Scalia’s legacy. I plan to fulfill my Constitutional responsibilities to nominate a successor in due time. There will be plenty of time for me to do so and for the Senate to fulfill its responsibility to give that person a fair hearing and a timely vote.

The meaning of that final phrase — “a fair hearing and a timely vote” — is obvious. He expects the GOP-run Senate, which he has castigated repeatedly for being obstructionist, to show him the respect of conducting confirmation hearings for his nominee in a “timely” fashion. Any stall tactics, such as filibustering, would be viewed as petulant and unconscionable.

This is not the first time Obama has admonished the legislative branch in advance. Early in his presidency, he expressed optimism in his weekly address “that we can avoid the political posturing and ideological brinksmanship that has bogged down this process, and Congress, in the past.” The process he was referring to then, as now, a Supreme Court nomination — at that time of Judge Sonia Sotomayor.

Perhaps Obama’s worries about a filibuster stem from his having witnessed one during his own time in the U.S. Senate. It was in January 2006, when 25 senators led by John Kerry sought to filibuster the nomination of now-Justice Samuel Alito. One of those 25 who voted to filibuster went on to become President of the United States.

His name is Barack Obama. 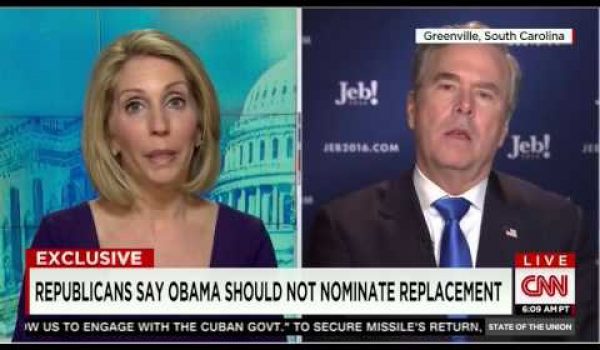