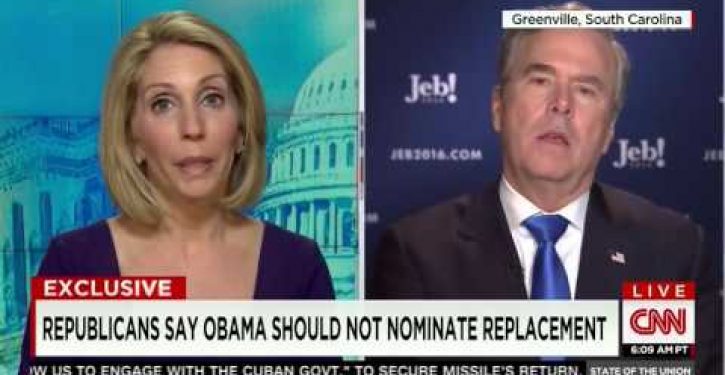 With a man as obsessed with his legacy as Barack Obama is, it was never a question of if he would nominate someone to fill the gap on the Supreme Court left by the sudden death yesterday of Justice Antonin Scalia. It was a question of how quickly he would act — the answer, it turns out, was instantaneously — and who he would name.

Late yesterday, New York’s Daily News came out with a convenient short list of who the president would like to insert into the unexpected vacancy.

So what accounts for Srinivasan’s appeal? First and foremost is his ethnicity — he was born in India (the Daily News erroneously identifies his birthplace as Lawarence, Kan.) — which would make him the high court’s first Indian-American justice. It’s a “qualification” that ranks high among liberals, who put more stock in diversity than just about any other barometer of suitability for a given task. As a case in point, consider Nancy Pelosi’s tweeted reaction to the death of Scalia:

Saddened to learn of the passing of Justice Scalia, who made history as first Italian American named to the SCOTUS. https://t.co/KV7u52pQ6I

Srinivasan is 48 years old and currently sits on the D.C. Circuit Court of Appeals, the same court Scalia served on before he was named to the high court.

Srinivasan is described by the Los Angeles Times as ideologically moderate, with a nonpartisan voting record, which perhaps is why Obama would rank him high here in the twilight of his presidency, when any efforts to change the ideological balance of the court would be rejected by the Republican-led Congress. As it is, odds are that the Senate will refuse to take up the question of an Obama nominee, much less confirm such a person.

Among the long shot picks on Obama’s short list are David Barron, who “notoriously authored a secret memo which justified Obama’s decision to order drone strikes on Anwar al-Awlaki,” and Loretta Lynch  — one of two blacks and currently Obama’s Attorney General.

Justice Scalia’s death is a blow to crime victims and student safety
Next Post
Quote of the Day: I expect ‘Senate to fulfill its responsibility, give my SCOTUS pick ‘fair and timely vote’