Technically, I guess, Huffington Post seems pretty jazzed that Bernie Sanders is walking off with New Hampshire, currently up about 59% to 39% on Hillary with 49% of the vote in.

But they seriously hate on Trump’s triumph on the Republican side.

The GOP results at the 47% reporting mark look like this:

Cruz and Jeb! were running neck and neck earlier; they were back and forth in third place as the first results came in.  Over the past hour, Cruz has been putting some distance on Jeb!, and is up between 300 and 400 votes as this goes to post. The Cruz campaign will feel good about that.

Rubio is sitting at fifth, and still in the hunt behind Jeb! and Cruz.

I, personally, attribute Cruz’s better-than-projected showing to the attempt by a couple of apparent wackos yesterday to give him an exorcism.

The guy with the demon is clearly the one slinging the mirror around with the wild look in his eye.  If you can’t control your psychotic hatred of Ted Cruz, you’re in good company with this person:

Note: Networks have called second place for Kasich.  Nate Silver is hedging on what that means over at FiveThirtyEight.  If anyone on the right thinks it means much, well, write his name down, so you’ll know who you don’t need to listen to for the rest of the year.

Although Sanders beat Hillary in every demographic (except voters with incomes above $200K a year), the exit poll results on the GOP side were much more spread out.  Trump got pluralities on a number of issues, but didn’t win any issue or demographic outright.  ABC has a breakout here; the most decisive issues for Republican voters appear to have been immigration, the economy, and the threat of terrorism.  ABC has this odd statement about the issues that exercise GOP voters:

Republicans are fuming, and worried – far more so than Democrats: Three-quarters of GOP voters are “very” worried about the economy’s direction – that compares with about a quarter of Democratic voters.

Six in 10 Republican voters are “very” worried about a major terrorist attack – again vs. just a quarter voters in the Democratic contest.

These results actually make Democratic voters sound pretty dense, and divorced from reality.  Maybe there are just a lot more of them who don’t understand that the economy’s direction has a decisive bearing on whether they will be eating in the future, or have a reasonably comfortable place to sleep at night.

Jim Gilmore has a respectable 65 votes.

Trump victory-speech exit line: “I am going to be the greatest jobs president that God has ever created.”

UPDATE (10:15 PM EST): Just so you know, I characterized the Trump and Sanders victories as “a pair of three-pointers” in the blog-template “Excerpt” field before I saw this tweet.

When you win the New Hampshire Primary but ball is still life pic.twitter.com/iOxo6IM3m2

Which, I hasten to add, does not mean this looks to me like a three-point shot.  Although if you’re Bernie’s age, you should probably get three just for getting it through the hoop. 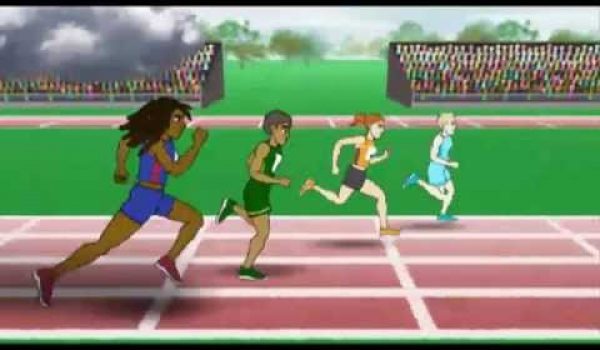 Find out why parents are outraged over this video shown at Va. HS for Black History Month
Next Post
What will Obama do to violate Supreme Court stay of his climate regs? Here’s one idea