Mark Twain once observed that everyone talks about the weather but no one does anything about it. Determined to change all that, the Pentagon has ordered sent a new directive to military high commmanders ordering that essentially every task and mission they undertakes be planned with an eye toward fighting climate change.

You read that right. The U.S. military is going to war against the weather.

According to a weekend story by the Washington Times, the theme of the directive is “the U.S. Armed Forces must show ‘resilience’ and beat back the threat based on ‘actionable science.’”

The directive presumes that climate change will make the military less effective unless the forces are proactive, and to that end, it calls for a whole new military bureaucracy of councils, advisory boards, and working groups to infuse the climate change agenda into just about every aspect of military activity.

The Times quotes the directive as telling generals and other top brass:

Unfortunately, the directive doesn’t get much closer to being clearer, more specific, or more useful than that.

The directive calls for climate change planning to be included in weapons buying and testing; training ranges and capabilities; defense intelligence surveillance and reconnaissance; defense education and training; combatant commander joint training with allies; and Joint Chiefs of Staff collaboration “with allies and partners to optimize joint exercises and war games including factors contributing to geopolitical and socioeconomic instability.”

OK. Using my admittedly civilian-grade knowledge of the military, I can see several problems here from the get-go.

First, the military is not a hazmat team, nor a janitorial service. With the lone notable exception of the Army Corps of Engineers, cleaning up the environment is not what they are intended to do. The main purpose of the military is to acquire a target and make it go boom.

Second, once you spend trillions of dollars converting all your military vehicles to run on less-efficient corn fuel, make sure your bombs only create biodegradable shrapnel, and teach your troops to put plastic in the recycling bin, then what? Are we really going to choose Army missions based on the fears of a sea level increase in 20 years?

Third, the vagueness of the proposed climate change mission guarantees that the only results will be an ongoing waste of money and resources. Put in military terms, there are no victory conditions, just an open-ended nonspecific commitment to “do something,” which is the rallying cry of the weak-minded.

There is no point to this directive (unless you think that is itself the point), and the U.S. is committing itself to spending billions of dollars on an ongoing basis to accomplish nothing.

There are a lot of reasons why some critics believe President Obama and his cronies are deliberately trying to weaken our military, and this is one of them.

When the president himself declares that the average global temperature is our No. 1 enemy, the train has jumped the tracks. It’s some of the most persuasive evidence yet that Obama has some sort of serious mental defect.

The fact that he has surrounded himself with yes men and enablers doesn’t make his yakking about climate change any more credible.

Plain and simple, we have someone who is either an idiot or a mad man in charge of our military. His personal agenda is an ongoing and continually growing threat to our national security.

Cartoon bonus: Jobs report
Next Post
Prager U on whether electric cars are really ‘green’ 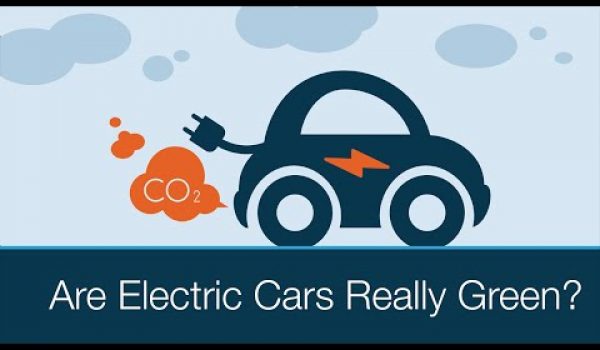