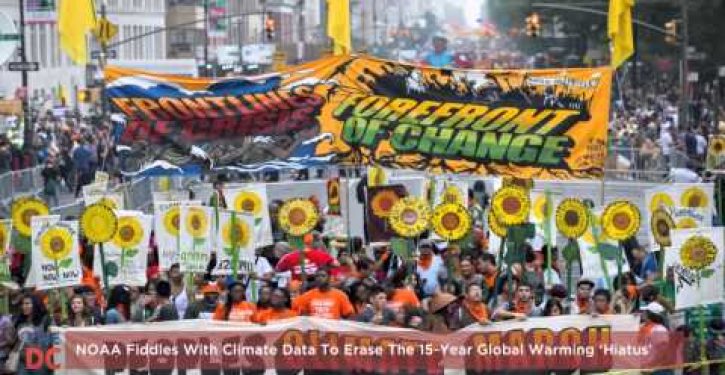 Hundreds of scientists and other scholars sent a letter to lawmakers Thursday warning National Oceanic and Atmospheric Administration (NOAA) that colleagues may have violated federal laws when they published a 2015 study purporting to eliminate the 15-year “hiatus” in global warming from the temperature record.

“We, the undersigned, scientists, engineers, economists and others, who have looked carefully into the effects of carbon dioxide released by human activities, wish to record our support for the efforts of the Committee on Science, Space and Technology to ensure that federal agencies complied with federal guidelines that implemented the Data Quality Act,” some 300 scientists, engineers and other experts wrote to Chairman of the House Science Committee, Texas Republican Rep. Lamar Smith.

“In our opinion… NOAA has failed to observe the OMB [Office of Management and Budget] (and its own) guidelines, established in relation to the Data Quality Act.”

The Data Quality Act requires federal agencies like NOAA to “ensure and maximize the quality, objectivity, utility, and integrity of information, including statistical information.”

Smith launched an investigation into NOAA’s study last summer over concerns it was pushed out to bolster President Barack Obama’s political agenda. Democrats and the media have largely opposed the probe into NOAA scientists and political appointees, but Smith is determined to continue investigating. NOAA officials surrendered emails to congressional investigators in December.

“It is this Committee’s oversight role to ensure that federal science agencies are transparent and accountable to the taxpayers who fund their research,” Smith told The Daily Caller News Foundation. “Americans are tired of research conducted behind closed doors where they only see cherry-picked conclusions, not the facts. This letter shows that hundreds of respected scientists and experts agree that NOAA’s efforts to alter historical temperature data deserve serious scrutiny.”

Of the 300 letter signers, 150 had doctorates in a related field. Signers also included: 25 climate or atmospheric scientists, 23 geologists, 18 meteorologists, 51 engineers, 74 physicists, 20 chemists and 12 economists. Additionally, one signer was a Nobel Prize-winning physicist and two were astronauts.

NOAA scientists upwardly adjusted temperature readings taken from the engine intakes of ships to eliminate the “hiatus” in global warming from the temperature record.

The NOAA study in dispute claims the scientists found a solution to the 15-year “pause” in global warming. They “adjusted” the hiatus in warming the temperature record from 1998 to 2012, the “new analysis exhibits more than twice as much warming as the old analysis at the global scale.”

“As has been acknowledged by numerous scientists, the engine intake data are clearly contaminated by heat conduction from the structure, and as such, never intended for scientific use,” wrote climate scientists Dr. Patrick J. Michaels and Dr. Richard S. Lindzen of the libertarian Cato Institute on the in the science blog Watts Up With That. “Adjusting good data upward to match bad data seems questionable.”

“If we subtract the [old] data from the [new] data… we can see that that is exactly what NOAA did,” climate expert Bob Tisdale and meteorologist Anthony Watts wrote on the same science blog. “It’s the same story all over again; the adjustments go towards cooling the past and thus increasing the slope of temperature rise. Their intent and methods are so obvious they’re laughable.” 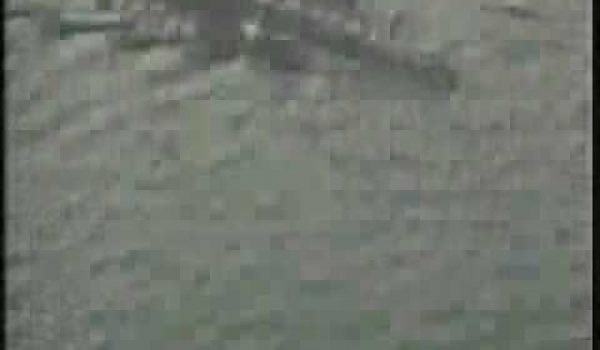 Iran: Nyaah nyaah, we flew a drone over your aircraft carrier
Next Post
Severely disabled man turned away from children’s museum because of this