The question going in: how did it occur to the grand jury to level charges against the video investigators for the Center for Medical Progress?

The stories about this are all written as if the Harris County grand jury came up with the charges.  But grand juries don’t do that.  Prosecutors come up with charges, and then present them to grand juries for the indictment decision.

So the next question is obviously: why are the news stories ignoring what had to be the role of the Harris County District Attorney’s office in framing charges against the CMP investigators, David Daleiden and Sandra Merritt?

Backing up for just a moment, the breaking story is, as indicated in the headline, that the grand jury convened to investigate Planned Parenthood Gulf Coast (PPGC) “brought charges” today against Daleiden and Merritt.  Texas Lt. Gov. Dan Patrick (R) requested a criminal investigation into PPGC back in August 2015, after the CMP video series was released showing Planned Parenthood officials discussing the sale and harvesting of body parts from aborted babies.  The Harris County DA, Devon Anderson (also an R), agreed to undertake an investigation in the Houston area, and had the grand jury convened to consider charges.

Daleiden and Merritt are now indicted as follows:

Daleiden was indicted for “prohibition of the purchase and sale of human organs.” He and Merritt were both indicted for “tampering with a governmental record.”

The “tampering” is apparently related to making fake IDs for the undercover video work.

We must await further information to be sure what happened here.  But we may well have a clue already — something pro-life activists pointed out immediately after the Harris County DA agreed to open an investigation last August.  One of the attorneys on Devon Anderson’s staff is Lauren Reeder, a high-profile Planned Parenthood supporter who sits on the PPGC board, and has donated to the organization since 2009.

The pro-life group Operation Rescue expressed concern at the time that Anderson’s office had already failed to indict a Houston-area abortion provider whose practices were similar to those of the gruesome Dr. Kermit Gosnell.  According to Operation Rescue President Troy Newman:

Anderson oversaw a previous abortion-related grand jury investigation of Houston abortionist Douglas Karpen after Operation Rescue released evidence in the form of photos and witness testimony that abortions babies were being born alive during abortions and intentionally killed by twisting their necks. This case garnered publicity in the wake of the conviction of Pennsylvania abortionist Kermit Gosnell on three counts of First Degree Murder for intentionally killing babies born alive during abortions in a similar fashion.

Newman said that grand jury failed to return a “true bill” that would have led to Karpen’s prosecution. Operation Rescue has reason to believe that the grand jury did not have access to all the evidence, and that Anderson’s close personal relationship with Karpen’s attorney, Chip Lewis, may have contributed to the failure of the grand jury to indict Karpen.

There may be other questions, as this case progresses.  Although the tampering charge sounds like it might be reasonable, there may be a question whether Harris County has the standing to bring it in the case at hand.  There’s also a policy question: why it would be a prosecutorial priority.

But for now, the DA needs to put her name on the charges against Daleiden and Merritt, and acknowledge that she is responsible for bringing those charges, since a grand jury could not have made them up. How is the public served by going after CMP, which quite obviously was never involved in actually buying or selling baby parts?  If it’s a triumph of justice for the public welfare, to bring charges against the video-makers, why doesn’t Anderson get out there, clarify that she made it happen, and take a bow? 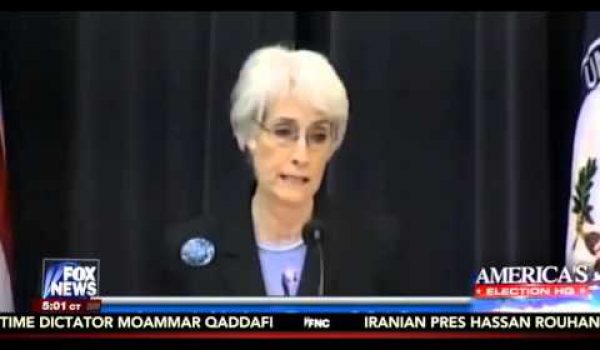