There might be a lot more to say about this, but we’ll keep it short tonight.  Several sources, including the Wall Street Journal, have picked up on the recent walk-out from the Iraqi parliament by Sunnis, aggravated that the national government is doing nothing about Shia attacks on Sunnis in Diyala Province.

The parliament members, led by Speaker Salim al-Jubouri, said they are angry over the government’s inability to restrain mostly Shiite, Iran-backed militias who they accuse of burning at least seven Sunni mosques and killing at least 23 people in the city of Muqdadiya a week ago.

Western media treat these developments as if they are solely about sectarianism.  But sectarianism, in this case as in most others, is merely one factor that contributes to a bigger campaign of strategy and geography.  The indispensable step in perceiving this is looking at a map.

We’ve done this before, in posts at LU.  If you want background on what Iran’s doing in Diyala Province, see here and here.

For the short version, look at the map.

Diyala Province is the gateway from Iran to Baghdad.  Baghdad was once the seat of the Persian Empire, and accessing it through the main passes of the Zagros Mountains is a geopolitical concept written indelibly on the civilizational memory of Persians.  Diyala Province is the name today of the region that lies along that route.

Iran-backed Shia militias blowing up Sunni mosques in Diyala Province aren’t just a disembodied sectarian conflict going on.  They’re part of a campaign, fomented by Iran, to clear the path from Iran to Baghdad.

The mainstream media don’t get it yet.  But the Westphalian age of inviolable borders is over.  The West has stopped enforcing inviolable borders.  And without Western enforcement, there is no basis for assuming borders as if they set unbreachable limits on political opportunities.

Most borders don’t set such limits.  Not unless they’re enforced.  That’s what millions of horrified Europeans are finding out at this very moment.  To a lesser but still meaningful extent, Americans are seeing the same thing with the influx of migrants across our southern border.

It’s what radical, anti-status quo forces like Iran and ISIS are counting on.

Iran wages campaigns the Asian way, on very long timelines — often with an attritional approach, and seeking to induce weakness rather than attack frontally.  Asian geopolitical campaigns can tend to look confusing and pointless to Western eyes.  But if we keep referring back to the map, they make more sense.

In its fundamentals, Asia has never been a continent that breaks out of 2,500-year-old patterns – and Persians laboring to consolidate their hold on the road to Baghdad, by burning out the resistant, is a pattern just about that old.  In 2016, it’s with us again. 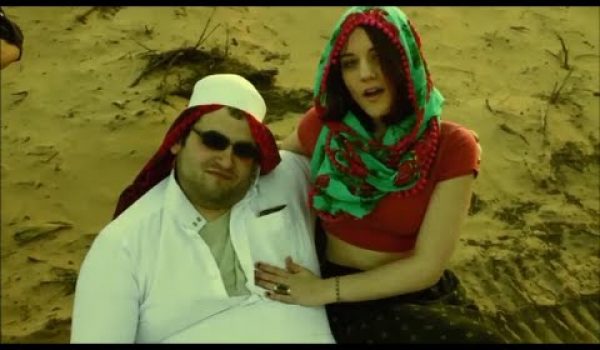