At least half a million foreigners overstayed their visas in fiscal year 2015, the Department of Homeland Security (DHS) reported Tuesday.

In the B-visa category alone, which covers tourists and business workers, DHS reported that 527,127 individuals did not leave when their visas expired in 2015 and estimates that 416,500 of them are still in the country. That number does not include people who overstayed student visas, various types of foreign worker visas and exchange visas, and only includes people who traveled to the country by air or sea.

DHS coughed up the report late Tuesday following a provision in the omnibus spending bill, passed in December, that required the agency to disclose to Congress visa overstays within 30 days or lose $13 million of funds for the office of the secretary.

An overstay is defined by DHS as a nonimmigrant who legally enters the country for a defined period of time but does not leave the country when that time is up. The half a million reported overstays include 1,435 from Pakistan, 546 from Iran, 681 from Iraq, and 440 from Syria.

The report doesn’t cover the entire visa system and fails to address how many overstays are estimated to be residing in the country. That number could easily be in the millions.

“Clearly, our immigration controls are not sufficient to protect Americans,” Jessica Vaughan, director of policy studies at the Center for Immigration Studies, said in a statement regarding the report Wednesday. “These Scofflaws are encouraged by the Obama administration’s appalling neglect of interior enforcement and overly generous visa policies.”

DHS put a positive spin on the report by noting that the 500,000 number is a tiny fraction of the nearly 45 million people in the country whose visas expired in 2015.

Administration officials will be questioned about the report at a Senate immigration subcommittee hearing Wednesday afternoon. 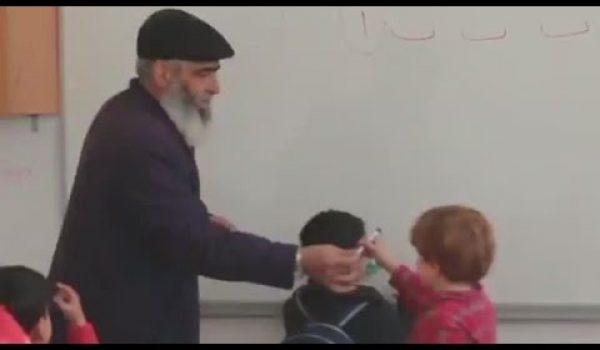 It’s not just Americans ISIS is training children to kill; it’s these people, too
Next Post
Dem senator during gun control hearing: I don’t want to hear about this Constitution thing