How do you spell cynicism? If you’re presidential hopeful Hillary Clinton, you don’t. You pretend it doesn’t exist even though it informs just about every single one of your waking decisions.

Examples? Consider then-Secretary of State Clinton’s handling of the aftermath to the terrorist attacks on the American consulate in Benghazi. First Clinton helped promote the bald-faced lie that the attacks were caused by indigenous mobs angry over a film that insulted Islam. Her own emails (sent over a private server no less) have since shown that she knew the real cause of the attacks almost instantly.

Those same emails have now shown that Clinton considered a secret plan created by her advisers to stir unrest among Palestinian citizens and spark protests in order to push the Israeli government back to the negotiating table in 2011.

In a Dec, 18, 2011, email, former U.S. ambassador to Israel Thomas Pickering … described the effort as a potential “game changer in the region,” recommending that the United States undertake a clandestine campaign to generate unrest. Clinton requested that his email be printed.

“What will change the situation is a major effort to use non-violent protests and demonstrations to put peace back in the center of people’s aspirations as well as their thoughts, and use that to influence the political leadership,” Pickering wrote.

“This is far from a sure thing, but far, in my humble view, from hopeless,” he continued. “Women can and ought to be at the center of these demonstrations. Many men and others will denigrate the idea. I don’t and I don’t think that was your message.”

Pickering noted that the administration must keep its role in the demonstration a secret, so as not to aggravate ties with Israel.

But the shenanigans didn’t end there. As long as the State Department was seriously contemplating fomenting unrest against long-standing ally in the region, why not follow the advice of former Obama top adviser Rahm Emanuel about not letting a crisis go to waste.

[A]nother Clinton confidant, Anne Marie Slaughter, sent a staff-wide email to Clinton staffers recommending that they undertake a “Pledge for Palestine” campaign aimed at convincing U.S. millionaires and billionaires to donate significant portions of their wealth to the Palestinian cause.

The effort, Slaughter wrote in the September 2010 email, could help shame Israel.

“Such a campaign among billionaires/multi-millionaires around the world would reflect a strong vote of confidence in the building of a Palestinian state and could offset the ending of the moratorium for Palestinians,” Slaughter wrote. “There would also be a certain shaming effect re Israelis, who would be building settlements in the face of a pledge for peace.”

Yet, remarkably the Jewish vote is still split almost evenly when it comes to Clinton for president. 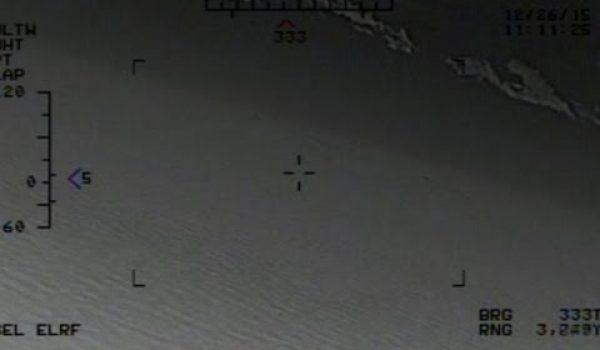 Iran’s rockets at sea: Exploiting the seam between international ‘law’ and ‘leadership’
Next Post
If you like your Common Core, you can keep it; if you don’t like it … well, tough