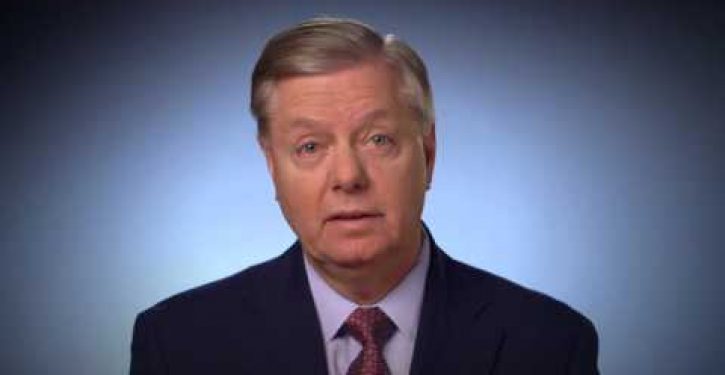 “Hell no, I’m not gonna drop out,” Sen. Lindsey Graham said emphatically in September, when asked whether his low poll numbers were giving him second thoughts about his campaign to win the Republican nomination for president.

That was then. And this now. ABC News and other major outlets are reporting that the U.S. senator from South Carolina has announced his intention to drop out of the race. ABC quotes Graham:

I must suspend my campaign. I’m not going to suspend my desire to help the country. I’ll probably go back to Iraq and Afghanistan and get another update. 36 trips has informed me. But the one thing I feel really good about is I did it with a smile on my face. I talked about things that are important to me and somebody better fix one day.

Here is a video Graham released a short time ago:

With the announcement, Graham becomes the fourth GOP contender to bow out of the race. Texas Gov. Rick Perry, Wisconsin Gov.Scott Walker, and Louisiana Gov. Bobby Jindal are the other three

This move still leaves the field crowded, with 13 candidates remaining in the race.