New York Senator Jeff Klein (D) has introduced a bill that would confiscate guns from individuals on the FBI’s terror watch list or the federal no-fly list, despite serious flaws in those databases that even devout liberal media outlets have pointed out.

Klein’s proposal would amend the SAFE Act to ban any person on either list from obtaining a gun license in New York, same as the provision the governor is calling for the federal government to adopt. But empowering State Police to seize firearms from “suspected terrorists” is a step beyond the controversial added background check layer.

“It’s an outrage that anyone argues that terrorists deserve Second Amendment rights,” Klein said in a statement Monday. “We have the right to protect law-abiding New Yorkers who have already experienced terror first hand. I’m calling on lawmakers to support my legislation and take a stand against terror.”

Under Klein’s proposal, the State Police superintendent would check both lists once a year to ensure law enforcement agencies are notified of what gun owners are on the lists and firearms are confiscated and licenses revoked. Individuals on the lists would be notified within 30 days of their gun license being revoked.

As noted here, the people on those lists aren’t actually terrorists and some who have been identified as necessary to watch are perfectly law-abiding citizens.

“Serious flaws in the list have been identified,” the Los Angeles Times writes, including “thousands of names that have been added in error, as well as the names of family members of suspected terrorists.” The Times reports that the late Senator Ted Kennedy was added to the list when a terror suspect used the alias ‘T. Kennedy.’

In addition, 72 employees in the Department of Homeland Security itself have been found to be on the terror watch list.

The ACLU claims that the list has upward of 1.1 million names on it.

Assemblyman Steve McLaughlin tweeted a reminder that Governor Andrew Cuomo once said “confiscation is an option” in New York.

.@NYGovCuomo said to @fud31 "confiscation is an option." Klein is now pushing it. #SafeAct https://t.co/vCeLr0wLY2

Senator Chuck Schumer (D-N.Y.) and Governor Cuomo have both gone hard for the confiscation of weapons owned by people on these inaccurate lists.

Via Jeff Dunetz at The Lid:

New York’s Senator Chuck Schumer and Governor Andrew Cuomo today the latest Democratic party push for announced a push to limit ownership of guns. They are calling on the feds to add the the U.S. Terror Watch List to the criteria it uses for federal background checks in New York State. Obama only wanted people on the no-fly list to be banned from gun purchases. The terror watch list is bigger and a lot messier than the no-fly list. Based on the watch list guidelines one can be added to the terrorist watch list by angering the wrong person at the White House. 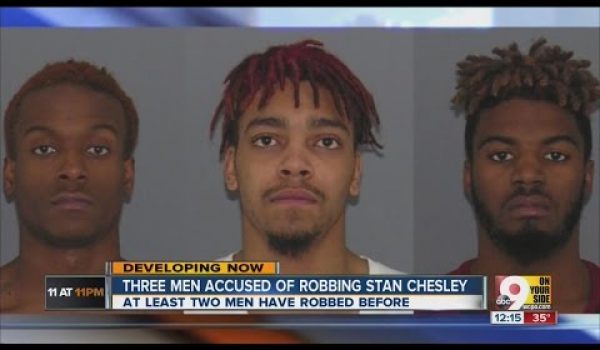