A senior official at the Department of Homeland Security admitted the agency has no clue how many Syrian refugees have entered the United States in the past year, while under fire in an intense congressional hearing Thursday.

Kelli Ann Burriesci, deputy assistant secretary at DHS, told the House Oversight and Government Reform subcommittee DHS doesn’t know how many Syrians entered the United States or how many Americans left the United States for Syria in the past year, reported The Washington Free Beacon.

That answer did not please members of the National Security subcommittee, who had asked DHS to send Secretary Jeh Johnson to testify, but were sent Burriesci instead. Many of their questions went unanswered, to their apparent frustration.

“You can’t give us the number of people on expired visas?” Republican Rep. Ron DeSantis, the subcommittee chairman, asked Burriesci. “You have staff? Can they just call DHS so we get it before the hearing is over? This should not be that difficult.”

“Islamic jihadists are on the march and 13 people were massacred in San Bernardino, yet DHS seems clueless about what is going on with potential threats to our security,” DeSantis said after the hearing, according to the Free Beacon. “Congress needs to plug holes in immigration programs ranging from the visa waiver program to the refugee program. The testimony by DHS today gave Americans serious cause for concern about whether our government has a handle on the threats we face.”

Forced imposition of Syrian refugees on states throughout the U.S., coupled by the recent attacks in Paris and San Bernardino, have prompted renewed scrutiny on immigration from countries with high levels of terror activity. Members of Congress have struggled to find answers and come up with quick solutions to prevent another terror attack from occurring.

Republican presidential candidate Donald Trump has proposed temporarily banning all Muslim immigration to the U.S.  About 20 percent of Democrats and 65 percent of Republicans expressed support for the proposal in a recent poll, although it has been widely denounced by the administration and members of Congress on both sides of the aisle.

Many seem disillusioned with what appears to be an administration ready to blame terror activity on anything but Islam. The San Bernardino attacks did not improve that perceived track record.

The Obama administration attempted to label the attacks as workplace violence, and a recent report indicated that the only reason the FBI held off classifying the acts as terrorism immediately is because of undue pressure from the White House. 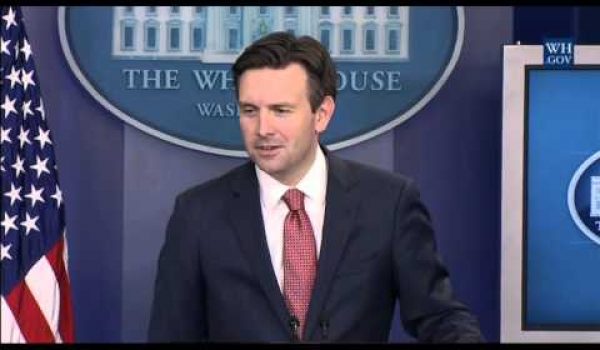 White House spokesman can’t name a mass shooting that would be prevented by new gun regs
Next Post
Image of the day: Faces of jihad