Comey also maintained that the pair had discussed jihad and martyrdom as early as 2013, a year before they married, and that both were independently radicalized before they began their online relationship.

According to the Associated Press:

The disclosure means that Malik’s radicalization had already begun when she applied for a visa to come to the U.S. to get married, and that the government’s vetting process apparently failed to detect it. Comey said he didn’t know enough to say whether weaknesses in the visa process enabled her to enter the U.S.

Malik came to the United States in July 2014 from Pakistan after being approved for a K-1, or fiancé visa. Homeland Security Secretary Jeh Johnson has said the Obama administration is now reviewing the program. He did not say what changes were being considered.

Malik married Farook the following month. Farook was born in Chicago in 1987 and raised in southern California.

FBI officials had previously said that the couple had been radicalized for “quite some time,” but the disclosure Wednesday was the most specific yet about the timeline of their relationship and progression toward extremism.

Comey said the couple was clearly inspired by a foreign terror organization, but that investigators did not yet know whether their online courtship was arranged by such a group or developed naturally on its own.

“It would be a very, very important thing to know,” he said.

The FBI director described the couple as an example of homegrown violent extremists who appear to have radicalized “in place,” drawing a distinction between the San Bernardino attack and the one last month in Paris that officials suspect involved planning and training in Syria.

CONTINUE READING THIS ARTICLE AT THE ASSOCIATED PRESS.

Small detail about Syrian refugees Obama failed to mention (you’ll feel a slight pinch)
Next Post
U.S. military told State Dept. it was ready to respond to Benghazi during fighting, heard nothing back 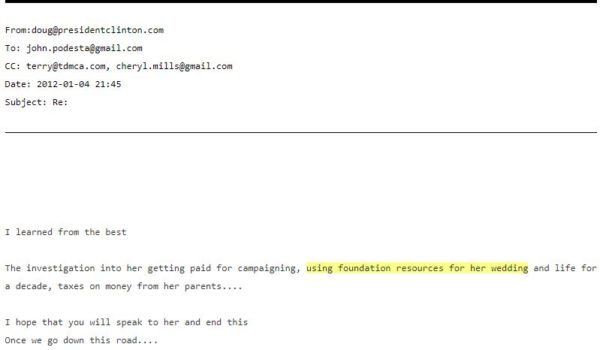