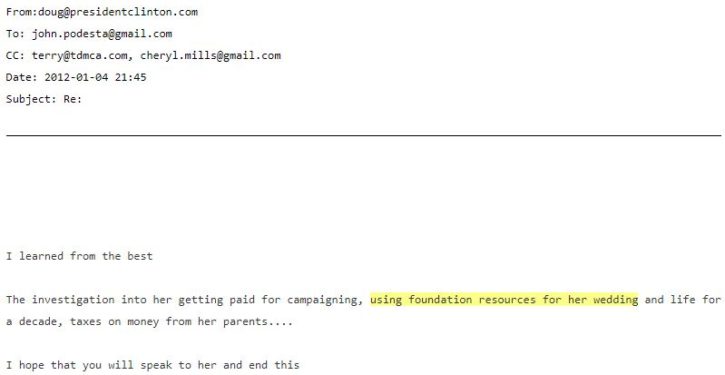 American military forces were available for a rescue operation not long after the U.S. diplomatic facility in Benghazi, Libya, came under attack by terrorists Sept. 11, 2012 — this according to an email to former Secretary of State Hillary Clinton’s closest aides.

The Sept. 11, 2012, email was sent at 7:19 p.m. EST by then-Department of Defense Chief of Staff Jeremy Bash. The text of the email follows. (The redaction of the details of the military forces available was done by the Obama administration, which oddly cited a Freedom of Information Act, or FOIA. exemption that allows the withholding of “deliberative process” information.)

After consulting with General Dempsey, General Ham and the Joint Staff, we have identified the forces that could move to Benghazi. They are spinning up as we speak. They include a [REDACTED].

Assuming Principals agree to deploy these elements, we will ask State to procure the approval from host nation. Please advise how you wish to convey that approval to us [REDACTED]

The first assault on the U.S. facility’s main compound began at approximately 9:40 pm Libya time, which was 3:40 p.m. EDT in Washington, DC.  The second attack on a related CIA annex 1.2 miles away began three hours later, at about 12 am local time the following morning or 6 p.m. EST.

Judicial Watch, the non-profit government watchdog, obtained the email from the Department of State after suing the government under the Freedom of Information Act in September 2014.

A spokesman for the House Select Committee on Benghazi told The Daily Caller News Foundation that the panel is dealing with an un-redacted version of the Bash email in its upcoming final report.

The Select Committee has obtained and reviewed tens of thousands of documents in the course of its thorough, fact-centered investigation into the Benghazi terrorist attacks, and this information will be detailed in the final report the Committee hopes to release within the next few months.

While the Committee does not rush to release or comment on every document it uncovers, I can confirm that we obtained the unredacted version of this email last year, in addition to Jake Sullivan’s response. This email chain helped inform the committee’s interview of Sullivan in September, and will help inform the Committee’s upcoming interviews with Thomas Nides and others.

Release of the Bash email is certain to reignite debate about why the U.S. failed to respond militarily to the attack that killed  and three other Americans.

Former Secretary of Defense Leon Panetta told the Senate Armed Forces Committee in 2013 that “time, distance, the lack of an adequate warning, events that moved very quickly on the ground prevented a more immediate response.”

Judicial Watch points to congressional testimony by Gregory Hicks, the former deputy chief of mission for the U.S. Embassy in Tripoli, Libya, who says the four Americans might have been saved “if we had been able to scramble a fighter or aircraft or two over Benghazi as quickly as possible after the attack commenced, I believe there would not have been a mortar attack on the annex in the morning because I believe the Libyans would have split. They would have been scared to death that we would have gotten a laser on them and killed them.”

FBI: San Bernardino terrorists were radicalized at least 2 years ago
Next Post
Obligatory post on the email about military forces spinning up for Benghazi