The Washington Post and other major media outlets are reporting that the two gun-wielding ­assailants killed by police in a shootout several miles from the site of a deadly mass shooting in San Bernardino on Wednesday are Syed Rizwan Farook, 28, and Tashfeen Malik, 27. Malik, who a female, is thought to have been either the wife or fiancée of Farook.

The motives behind the deadly attack are still unclear. At a late night press conference, San Bernardino Police Chief Jarrod Burguan said that Farook worked as a health inspector for the San Bernardino County Department of Public Health, which was hosting Wednesday’s holiday party.

Consistent with earlier reports that one of the shooters was at the party, Burguan confirmed that Farook was there but left early “under circumstances described as angry or something of that nature.” Soon after, he returned clad in paramilitary gear with Malik and a third suspect as yet identified and opened fire.

Quite obviously, the attack had been planned. “Based upon what we have seen and how they were equipped, there had to be some degree of planning that went into this,” Burguan told reporters. “I don’t think they grabbed the guns and tactical gear on a spur-of-the-moment thing.”

Earlier Burguan noted, “They came prepared to do what they did as if they were on a mission. They were dressed and equipped in a way that indicate they were prepared.”

The largest question looming now is whether this “mission” was an act of terrorism and, if so, on behalf of whom. The Post quotes David Bow­dich, assistant director of the FBI’s Los Angeles office as indicating that “it is a possibility. We are making some adjustments to our investigation…. But we don’t know that yet. And we are not willing to go down that road yet.”

The Los Angeles Times spoke with former coworkers of Farook who had survived the attack. They described him as quiet and polite. He was a devout Muslim, they said, but he appeared to be “living the American dream.” 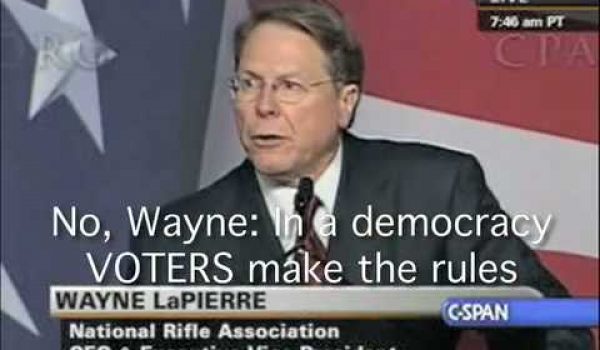