Conservative watchdog group Judicial Watch announced today that it has filed a lawsuit in the U.S. District Court for the District of Columbia against the U.S. Secret Service for failing to respond to 19 Judicial Watch Freedom of Information Act (FOIA) requests for security-related expenses in connection with travel by Barack Obama and other VIPs.  The Secret Service has not responded to any of the 19 FOIA requests since July 21, 2014.  The FOIA lawsuit, filed on November 10, asks the court to enjoin the Secret Service from continuing to withhold responsive documents from Judicial Watch. (The Secret Service is a component of the Department of Homeland Security.) (Judicial Watch v. U.S. Department of Homeland Security (No. 1:15-cv-01983)).  The lawsuit was assigned to U.S. District Court Judge Richard J. Leon.

For years, Judicial Watch has regularly monitored expenditures of U.S. Government funds by the president, members of the first family, and other VIPs receiving Secret Service protection.

FOIA requests to the U.S. Air Force and other agencies enabled Judicial Watch to determine that, to date, the total known travel expenses for various trips by the Obamas and Bidens are currently $70,563,336.75.

But the extraordinary lack of cooperation by the Secret Service has prevented Judicial Watch from gathering complete records of taxpayer-funded, VIP travel.  These Secret Service records typically include records of expenses incurred for ground transportation, lodging, meals, and other related costs, as well as the accompanying Secret Service details.  The lawsuit details:

Since July 21, 2014, Plaintiff has submitted 19 travel-related FOIA requests to the Secret Service as part of Plaintiffs on-going monitoring of federally-funded, VIP travel. All of the requests were identical or nearly identical but for the name of the VIP and the date and/or destination of the travel.  Plaintiffs requests sought: “All records concerning use of U.S. Government funds to provide security and/or any other services to [name of VIP] and any other companions on their [date] trip to [location].”

The Secret Service has not made a determination on a single, travel-related FOIA request served by Plaintiff since July 21, 2014.

Prior examples of Judicial Watch FOIA requests that gathered travel cost information include:

“Rarely does Judicial Watch seek an injunction under FOIA, but the Secret Service has ignored a record 19 Freedom of Information requests on Obama and other presidential-level travel,” said Judicial Watch President Tom Fitton. “The FOIA requests seek access to records about taxpayer dollars expended on the extravagant and often unnecessary travel enjoyed by the President, his family members, and others receiving Secret Service protection.  We have little doubt the Secret Service, which is already mired in controversy, is covering up embarrassing numbers about the costs of security for Barack Obama’s vacation and political fundraising trips.”

HuffPo: This Turkey Day, remember that America’s pilgrims were once refugees, too
Next Post
3 fundamental facts YouTube’s global warming campaign got wrong 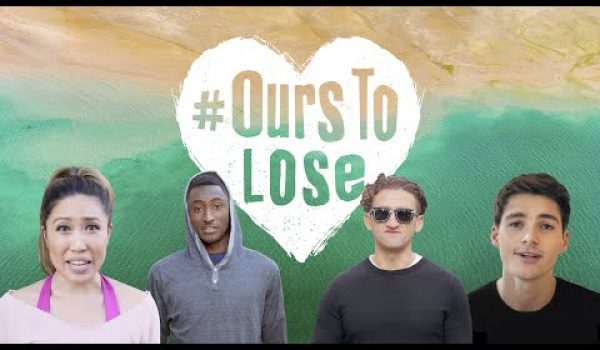