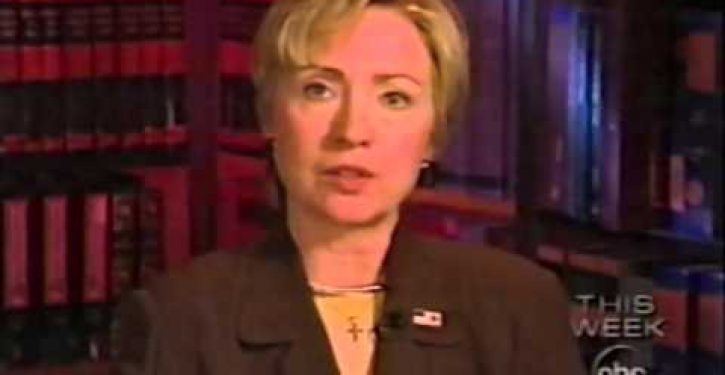 Did Hillary Clinton get confused again?  On Thursday, the Daily Mail said the Democratic Party front-runner attacked anti-jihad conservatives for daring to notice that radical Muslims are involved in terrorist activities.

“Islam itself is not our adversary,” she said, reading her speech at the Council on Foreign Relations from a teleprompter.  “Muslims are peaceful and tolerant people and have nothing whatsoever to do with terrorism.”

Moreover, she said that blaming radical Islamic terrorism for the Paris terror attack “is not just a distraction.” Using that three-word phrase, she added, “gives these criminals, these murderers, more standing than they deserve and it actually plays into their hands by alienating partners we need by our side.”

Never mind the fact that ISIS — an acronym whose first initial stands for Islamic — took responsibility for the terror attack and has promised more.

Apparently, Americans who disagree with her and comedians who make fun of her are the real enemies.

Here’s video of her statement, courtesy of the Daily Mail:

Meanwhile, ReligionofPeace.com observes that there have been no less than 47 jihad attacks in the week of November 7 – 13 alone, accounting for 392 deaths and 906 people critically injured.

Hillary Clinton believes Muslims have nothing whatsoever to do with terrorism!?! Ah, the prism of Stupid Liberals. pic.twitter.com/tmKtYEdgU1

She did, however, call for ground troops to fight the 100 percent non-Islamic Islamic State, which is a significant departure from President Obama’s foreign policy… although she doesn’t want too many ground troops.

While Clinton was speaking, word came in that an American has been killed by Palestinian terrorists, who have absolutely nothing to do with Islam, in Israel.

For those dissatisfied with Clinton’s position on radical Islam, just wait a minute and she’ll give you the reverse point of view. As Jeff Dunetz notes, on the Sunday after 9/11, she was interviewed by ABC’s Sam Donaldson, who asked if we need to profile to protect the American people. Here is her response:

I think we have to do whatever it takes, Sam. And I believe that, you know, Tuesday changed everything. Tuesday was a day that America has never, ever had to experience. And I hope to heaven that we never have to again. But we are in a war situation, and we’re going to have to do things people do in times of war. [Emphasis added]

Here is the video of that interview:

Clinton would doubtless tell you, borrowing from the Obama political playbook, that she has “evolved” on the issue. But if that is true, then the press and American public are justified in knowing exactly which developments between then and now led to her change of heart. Is it raw numbers — the fact that 3,000 innocents were killed by jihadists on 9/11 vs. a paltry 392 in the last week? 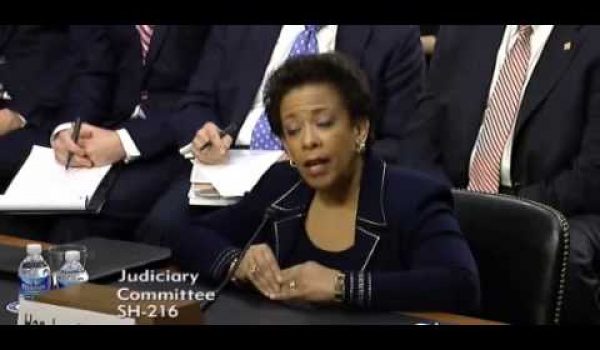 The war on fun
Next Post
Shadows of things to come: Honduras arrests 5 Syrians headed to U.S. with stolen passports