It’s all well and good for high school teachers, whose job is to shape young minds, to have students imagine, for example, what it’s like to walk in another man’s shoes. It’s well and good, that is, provided the teacher is not a radical Islamist sympathizer.

Whether that is an accurate assessment of a Salem, Utah, junior high school teacher, or whether she is just your garden variety lunatic the teacher — whose name has not been divulged — gave her ninth-grade class a homework assignment in which they were instructed to draw a propaganda poster for a terrorist organization.

According to Fox 13 in Salt Lake City, the assignment was canceled after parents complained. But by this point, many students had already completed it, leaving some parents worried about what impression they had come away with.

One of the students who received the assignment was Annie Langston’s 14-year-old daughter, Mikalia [sic: spelled elsewhere in the article as Mikhail], who began researching the topic by googling “how to recruit for ISIS.”

Langston is quoted as saying:

In light of what happened in Paris, is that the reason for this assignment? I feel a different assignment or report could’ve been chosen or a discussion in class about the tragic events.

Administrators at the school have met with the teacher, who is described as “first-year” — a factor that Langston is willing to weigh in the balance, telling reporters that “it was an honest mistake” and that she “doesn’t want to see anything bad happen to her.”

I don’t know that I’d be so willing to write off a transgression of that magnitude to a “rookie mistake,” but whatever floats your boat.

Incidentally, I googled the phrase “how to recruit for ISIS” myself to see what would come up and the first entry was a”60 Minutes” segment in which Clarissa Ward (now with CNN) spoke with Islamic radicals in an effort to “understand the mentality of … jihadis.” 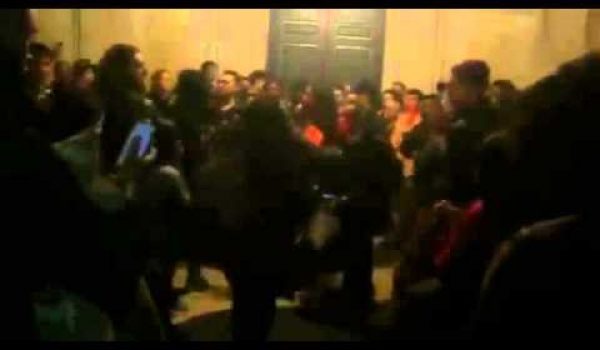