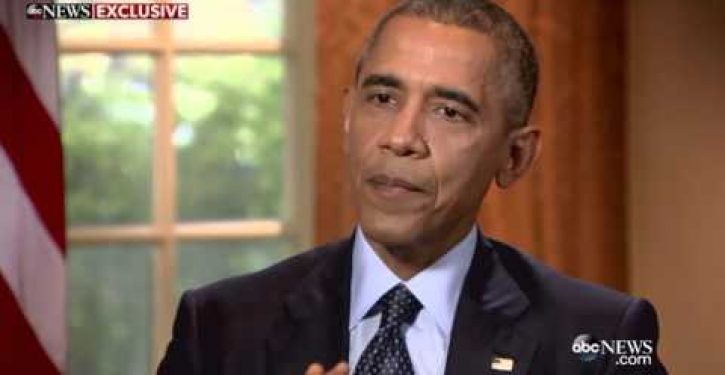 When Barack Obama declared in a televised news conference in 2009 that the Cambridge, Mass., police “acted stupidly” for confronting a man who appeared to be breaking into a house, the media (at least the media on the right) reminded him of the importance of gathering the facts before leveling accusations.

How times have changed. Obama still turns a blind eye to the facts when they are inconvenient or fail to support the agenda he pursues, but now he freely admits he doesn’t need to know the facts before rendering an opinion.

On Sunday, during an interview with ABC’s George Stephanopoulos about the ongoing protests at the University of Missouri, which have now spread to other campuses, he said:

Without knowing all the facts, I’ve read enough to know that there is clearly a problem at the University of Missouri, and that’s not just coming from students. [Emphasis added]

A video of the entire exchange follows, in which he goes on to underwrite the protests as “entirely appropriate”:

Obama is more circumspect when the narrative cuts the other way. On Friday, after news of the terrorists attacks in Paris had broken, he appeared at the podium in the White House press room, where he said:

It should be underscored that shortly before Obama rose to the podium, Fox News had tweeted out this vital piece of information:

Perhaps it was not expedient for him to mention ISIS initially since he had declared the group “contained” the day before the attacks.

Behaving in a such a nakedly political manner must be what he meant when he promised to run the most transparent administration in history.

LU blast from the past: Black ‘Moorish Nation’ claiming ‘squatter’s rights’ to homes across the nation
Next Post
Cartoon of the Day: Suck it up