[Ed. – This article, originally published on Feb. 24, 2014 by LU contributor Colin Flaherty, seems particularly relevant once again in the light of the current climate on college campuses throughout the nation.]

Free homes. Free license plates. Free everything. That is the plan of the black separatist group called Moorish Nation.

You may have missed this chapter in Black History Month: In 1787, a bunch of people signed a bunch of agreements — secret and otherwise — that say black people are not required to obey American laws because they are not really citizens of the United States.

Today, descendants of this group, who call themselves the Moorish Nation, claim that their heritage entitles them and all black people to move into empty houses (don’t call it squatting!), create their own license plates, issue their own drivers licenses, print their own property titles and claim sovereign immunity when they get arrested.

All without success. But they keep trying.

Moorish Nation made its biggest national impression last March, when Abka Re Bey and her six children moved into a $3 million, 10,000 square-foot mansion in Memphis. Abka Re Bey — whose given name is Tabitha Gentry — even filed paperwork with the local Register of Deeds, saying she was taking ownership of the property “in the name of Allah, the most high,” said NewsOne, a TV network “for Black America.”

The Washington Post, CBS News, and others outlets neglected to mention the religious connection to Islam in their reports on these racially separate squatters.

Abka Re Bey stayed in the mansion a week before a SWAT team came and arrested her for trespassing, burglary, and theft. “She’s Moorish-American,” said Jarrod Batts to Action News in Memphis after her arraignment. “Why y’all saying she’s a squatter?”

The Washington Post tracked down two officials who say this group is responsible for a lot of mayhem that never makes the newspapers: “I can promise you that every state has had their challenges with these guys,” said Carol Foglesong, a land records official in Orange County, Fla., and past president the National Association of County Recorders, Election Officials and Clerks.

Kory Flowers also talked to the Post. “It’s going on in every state,” said Flowers, an investigator with the Greensboro, N.C., police and a national expert on sovereign groups. In Bethesda three months later, three members of the Moorish Nation tried the same thing when they moved into a $6 million house with 12 bedrooms, 17 bathrooms and two saunas.

“When police showed up to haul them off, they said they were members of “the Moorish Nation and had the right to claim the property,” said the local sheriff. In Tampa Bay, police found Zuri Akila Betiti Matawala Zurj-Bey, a grand sheikess in the Moorish Temple of Science of the World, driving with an usual license plate that read “Moorish American Republic 070117-004.”

That didn’t work out too well either. “I’ve been kidnapped,” she told the Tampa Bay Times in December 2012 at the Pasco County jail where she was incarcerated for a variety of traffic offenses. She added:

I don’t belong here. When you belong to another government, you’re not subject to someone else’s rules and laws. I’m just a missionary. This is a misunderstanding.

That misunderstanding continues today in Wilmington, Delaware, where MN followers have a lot to choose from: 1,387 of that city’s 22,576 homes are empty. And that does not count houses for sale.

Last month the group invaded one of those houses, a large home on the tree-lined, once majestic and now slightly worn Baynard Boulevard. “They just moved in liked they owned the place,” said Ralph Malatesta, the next-door neighbor.

That’s what they said to me anyway and I believed them. A few of them look like they just got out of prison. There were a lot of kids in there too.

Not for long, however. A SWAT team moved in on the trespassers soon after.

The Moorish Nation is hardly the only black separatist group in America. As reported at LU, on July 1, Chokwe Lumumba was sworn in as Mayor of Jackson, the capital of Mississippi. He is a former leader of a group called the Republic of New Afrika that seeks to turn the states of Louisiana, Mississippi, Alabama, Georgia, and South Carolina into an independent black nation.

Even Al Jazeera was impressed: The network called Lumumba “America’s most revolutionary mayor.” “Free the Land” is the group’s slogan. In his inauguration address, one of the first things Lumumba did was raise his hand in a clenched fist and proclaim to loud applause from 2500 people: “Free the Land.”

Neither is Moorish Nation the only group of black people squatting. In Detroit in February, a homeowner gone for a few days returned to find her neighbors had moved in, stolen her property, eaten her food, and turned her home into their chill pad where they could use drugs.

Adrea Isom of Fox News in Detroit could hardly contain her incredulity when speaking to the family and friends of the squatters:

Three men had helped themselves to all of her gin and her Seagram’s happy juice. They cooked up crab legs, shrimp and they even had a turkey in the oven. Can you believe it? And while they were fixing their feast they she says they were high as a kite….

Two of the suspects lived next door. The locals were unapologetic and blamed the owner for leaving the house unguarded:

It was like a chill spot. Somebody going to invite you over to smoke some weed and we right next door. Somebody was squatting in that house, the guy that was in there was squatting already, so he was inviting people over, because he was living there.

This is Detroit and we will come squat in your house if you’re not home. Stay in your home before your copper come up missing.

Diversity training doesn’t work, but it is spreading to more campuses
Next Post
Quote of the Day: Obama says, ‘I don’t need all the facts’ 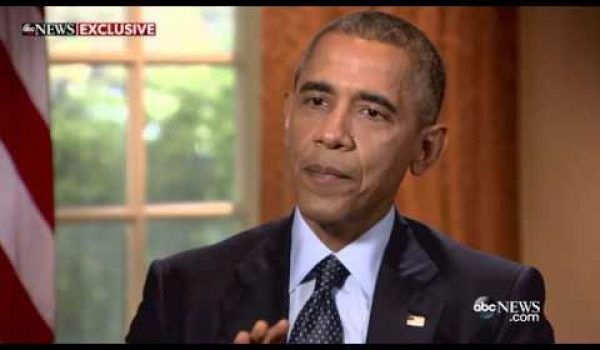