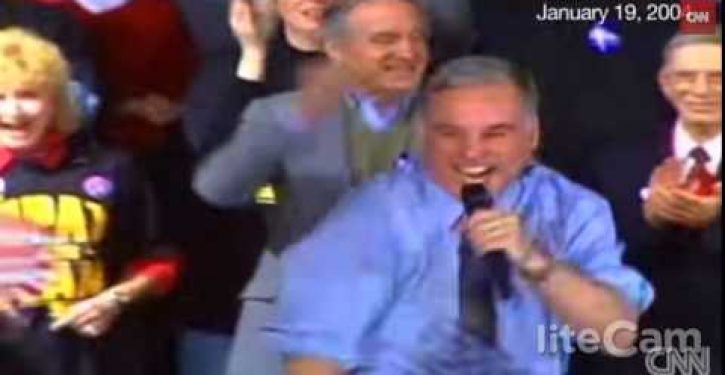 What a juncture we have arrived at in America.

Donald Trump is said to be melting down, after a tirade against Ben Carson in Iowa on Thursday.  More on that in a moment.

The GOP elite, terrified that the top two candidates in the current race are Trump and Carson, is reportedly trying to persuade Mitt Romney to jump in for 2016 and save the party’s bacon.  (While I promise no dogs will be harmed in this endeavor, I am as committed as Jeff Dunetz to going a different direction for 2016.)

If this isn’t the moment for a Howard Dean Scream, I don’t know what is.  (Courtesy of our own Rusty Weiss.)

Why?  Because this is where America needs to be.  The mainstream media have no clue what’s going on, but that’s what we have the blogosphere for.  To clarify for people what these things mean.

America is having the most important national dialogue we’ve had since 1861, if not 1776 – and it’s not what you probably think it is.

It’s the dialogue Trump and Carson are having right now: the dialogue about what we believe and who we are, and what kind of country we expect to be.  Neither of them set out to have it, I think.  But with both of them in the race, we’re having the dialogue by default.

I hate to present you with two 9-plus-minute videos in a single 24-hour period, and I’ve already lobbed Neil Cavuto versus the Million-Students girl at you.  But you really need to watch the 9-minute segment below in which Trump complains about Carson and the life story Carson has outlined in his autobiography: the hammer attack in his teens on his mother, the padlock attack on a friend, the knife attack on another friend.

Carson’s conclusion about where he came from and how he became a different man is a story of redemption.  It’s a story of receiving the grace to put the past behind you, and not being limited or defined by either your own sins or the boundaries other people set for you, out of cruelty or prejudice or lack of vision or anything else.

When you watch Trump in the video, what your eyes should see is not an aspiring politician inexpertly attacking a rival, but a man whose whole view of life is being challenged by the Carson narrative.  Trump is real here.  He’s not putting on a show.

It’s clear Trump doesn’t believe there’s any power that can redeem or transform us in that way – that can wipe a slate clean and set us on a different path.

He says exactly that in the video. He says, in so many words, “That’s not how it works.”

The MSM are missing this entirely.  They’re focused on Trump’s mussed hair and rumpled clothing; his lateness for the event, and the interlude, in the middle of his Carson rant, with the belt buckle.

But what matters is that Carson has expressed one view of what is possible for humans and human aspirations on this earth – and Trump has expressed the other view.  There are only two.  There is either redemption, and the God with the capital “G,” or there is not redemption.  If there’s not redemption, then we are condemned to live under the lash of a whole slew of little-g gods.

America is living under the little-g gods as we speak.  Trump – and God bless him, he’s just being the person he is, after 69 years on this earth – has one little-g god in mind: the god of self-effort and material accomplishment.  The GOP elite has another one, and it’s the same one the Democrats have:  the god of government power.

The Black Lives Matter movement has its god:  the god of vengeance.  There will never be redemption for “whites,” under the rule of the BLM god.  There will only be perpetual fault, injury, resentment, and extortion.

In fact, all of the left-wing social movements – Occupy, radical feminism, radical LGBTQ-ism – have that same god.  The movements are about irredeemable faults and vengeance:  unslakeable resentment and extortion.  The radical “climate change” activists have the very same attitude toward their fellow men.  The ideological creed of Islamism is built on it too, positing a “God” of vengeance who demands blood and sacrifice, who sets a mortal price on his “mercy.”

Now, there’s nothing wrong with personal effort and material accomplishment.  But this – the current juncture of Trump versus Carson; of gods versus God – is where the sword of our national dialogue will divide the soul and spirit of America.

Because the god of effort and material accomplishment isn’t bigger or stronger than the god of unredeemed fault and resentment.  It won’t win by itself.  None of the little-g gods can defeat the others.

America can choose to worship and trust the little-g gods of government, and self-effort and material accomplishment.  But those gods will be powerless against the god of resentment and vengeance.

If we choose the God of redemption, on the other hand, we can put human effort, material accomplishment, and government under good supervision — through the refinement of our own characters, each and every one.

We do need some level of government, after all, and we amount to little, if anything, without effort and accomplishment.  These are the facts of human reality.

But those things should be our servants, not our masters.  We can have all the things we need – but the question is which one we will follow as our God.  The God who defined redemption and transformation for us: the God who said He would make up to us all the injuries we suffer, and enable us to overcome our own faults as well as to forgive?

Or a passel of gods who keep us in a perpetual state of anger, envy, and whiplash, looking around at each other and wanting only to exercise power and act out fury?

Trump is modeling one, materialistic perspective on human life, and the possibilities we can believe in, in America.  As far as it goes, it’s a positive and rational perspective.  But by itself, it doesn’t believe in redemption — has no power to define or promise redemption.

Ben Carson is modeling the other perspective.  America has embraced the Trump model in our public life and dialogue for a long time now.

Is that who we are?  Are we people who don’t believe in redemption?  Is it our statement, as Trump says, that “that’s not how it works”?

What a mighty blessing it is to have this juncture put before us, with drama and fanfare.  I don’t know that either of these two candidates is going to make it past the first primaries next year.  I’m not talking about which guy or gal you want to vote for.  I’m talking about what you believe about life: who God is, and what’s possible, and whether we can live with each other in peace, or maybe are determined instead to nurse grievances and walk in pride to our destruction.  That’s the dilemma the Trump-Carson “dialogue” is laying out for us.

Whomever you vote for, what is set before us this day is life and death, the blessing or a curse. 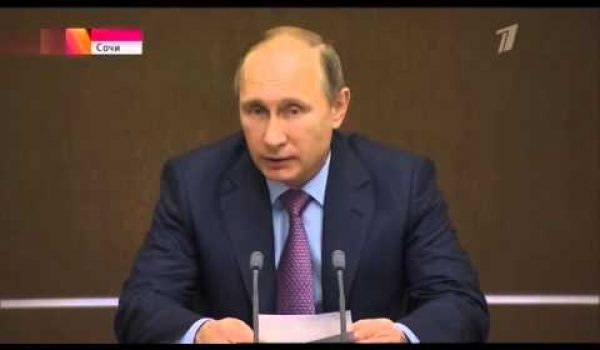