This is a developing story, one that has just broken in the last hour.  It appears to be big and getting bigger.  [First entry made just after 5 PM Eastern. – J.E.]

The location is the 10th Arrondissement in the northeastern quadrant of Paris, near the Seine.  The major local landmark is the Stade de France: the big soccer stadium in Paris where the French national team plays some of its most important games.  The initial attacks reportedly occurred during a friendly match between the French and German national teams.  The president of France, Francois Hollande, was in the stadium for the match, according to Fox News’s running coverage, and has now been evacuated.

So far, the information is that there have been at least three explosions in the vicinity of the Stade de France.  There have also been shooting attacks on restaurants near the stadium (I have heard two restaurants mentioned, although not by name).

Shep Smith also described, about 5 minutes ago, the report of teams of masked gunmen showing up near the stadium (it wasn’t clear whether any of them were in the stadium), and of hostages being taken.  It isn’t known how many hostages there may be.

Update: it appears the hostages were taken in or near a concert hall, the Bataclan, in the 11th Arrondissement just south of the 10th.  There may be as many as 60 hostages.

There are about 60,000 people in the stadium.  Police are trying to figure out how to get them out safely, given that they (the police) have zero control of the current situation.

For French readers, Le Figaro is updating blog entries here.  This is the most up-to-date running commentary I’ve seen.

This situation is unquestionably a coordinated attack.  It’s not too soon to assess that it’s probably being mounted by Islamist terrorists.  Like the attacks in January, we appear to be seeing a comprehensive attack plan covering a significant chunk of the Paris metro, and not just a narrowly-scoped attack on a single venue.  The taking of hostages is extremely ominous.

60 seconds ago:  the death toll is now confirmed to be at least 26.

More as this situation develops.

5:15 Eastern: Death toll updated to 30.  More expected; police make no pretense of having this locked down.  Possibly 100 hostages being held at the Balaclan concert hall.

Witnesses near the concert hall reported in the last half hour hearing gunfire that went on for at least 10 minutes.

Fox verbal report:  a witness said attacking gunmen (possibly in the concert hall?) shouted “This is for Syria!”

6 PM Eastern:  Pres. Francois Hollande has just announced France is in a state of emergency and the national borders are closed.  Don’t even know the last time France closed her borders.

6:15 PM:  Fox now saying police are responding at six different locations, in addition to the Stade de France.  One of those would be the Bataclan concert hall, leaving five additional locations.  The specific reporting I’ve seen accounts for two of them: shootings at a restaurant in “Little Cambodia,” and one near a McDonalds in the 10th (location not specified in the reporting I’ve seen at this point, but presumably near the stadium).

Twitter updates indicate at least some people have been able to escape from the concert hall, but there is no clarification on the hostage situation there.  Escapees report horrific conditions inside.

6:25 PM: Horrific report (verbal via Fox) that hostages in the concert hall are being executed one by one.  They are “begging for police to help them.”  (Apparently they’re communicating via phone.)

6:30 PM: French media reported three men with Kalashnikov rifles rushing into the Bataclan concert hall about 10 min before the 6:25 report that hostages were being shot.  Fox just reported 5 explosions heard in the vicinity of the concert hall.

Unconfirmed report on Twitter of bombs in Lyon, France.  More on that if it can be confirmed.  That would take this attack nationwide.

6:40 PM: A tweet from 7 min ago appears to confirm other social media reports that the French army is now positioning in the streets of Paris.

Shep Smith just said on Fox that the police are storming the Bataclan concert hall.  It will probably be some time before we have a clear picture of what is happening there.

7 PM Eastern: ISIS terrorist reportedly informs police that ISIS is behind this attack.  Have seen only verbal confirmation/second-hand on this, but clearly it’s a credible scenario.

Local police confirm — multiple sources on this — that the takedown of the concert hall is complete.  The remaining terrorists there are dead.  Unfortunately, once the terrorists just start shooting everybody, and it doesn’t matter how “hard” you go in, it’s more straightforward to bring the operation off.  According to a French source cited at Le Figaro, four of the explosions in the 6 PM hour were actually set by the police as part of the Bataclan takedown.  Carnage will no doubt be dreadful.

As of 6:25 PM, according to French media, at least five lines of the Paris Metro were entirely shut down.

7:30 PM: At least 100 people dead in the concert hall.  The death toll is over 160 total now, and expected to just keep climbing.  There are three attack venues from which we have had no reports as yet other than the reports of gunfire and police response.

Watching for updates on Lyon, where possible bombing was reported in the 6 o’clock hour, I’m seeing no updates on activity.  Only people in Lyon expressing concern and worry.  I’m cautiously optimistic that that was a bum steer.

8:00 PM:  French army deployment now reportedly up to 1,500 mobilized and taking positions in the city.  Paris is under a mandatory curfew for the first time since 1944.  Police report four confirmed attackers dead in law enforcement actions so far; that number is likely to rise along with the death toll among victims.

8:30 PM:  Pres. Hollande has modified the terms of the border “closing”: the borders will now be open, but travel restricted and carefully monitored.

BREAKING: "Wait until Jihadi's come with their cars. But, American blood is the best blood and we will taste it soon." – Lead ISIS Website

Reportedly posted on 13 November.  Fox is quoting it too.

10:00 AM Eastern, 14 Nov:  A final update, for completeness.  The death toll has been revised downward in the last 12 hours, from 150-some to 120-some.  I am thankful for the 30 or so fatalities we seem to have been spared.  The latest figure being shown by the news channels is 128.  An appalling figure, but at least fewer than last night. 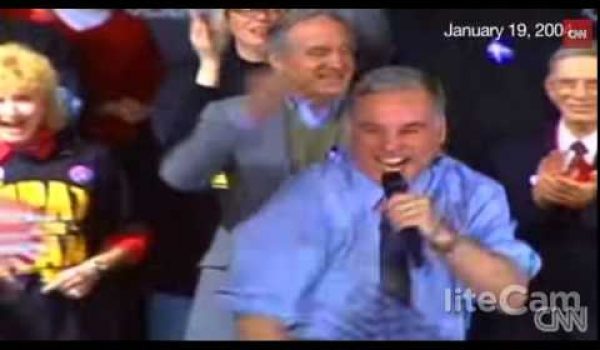