Talk amongst yourselves, if you must, about Virginia Tech slipping around sideways at Georgia Tech in the “Battle of the Techs” this evening.  At least the Hokies managed to tie it up before the half – and to still be in it as the 3Q wears on, even after the Pick 6.  (Update:  with less than a minute to go in the 4Q, it looks like VT is going to pull this off at 23-21.)

Toledo could have had a little less trouble with Central Michigan on Tuesday, but we’ll take 28-23.

We remain unimpressed by the CFB’s (motto: “Ha!”) professional output at this point.

Bills at Jets is going about the way you’d expect, with little scoring and even less excitement.

The University of Tulsa Golden Hurricane (5-4), which beat Notre Dame 28-27 on 30 October 2010, will be at Cincinnati for an American Conference bout on Saturday.  The Bearcats, also 5-4, have had quality wins this season over Miami (Da U) and Houston, among others, and give 18.  We think a slowly improving Tulsa can cover.

#12 Oklahoma (8-1) will be in Waco for the marquee-slot game, and undoubtedly the game of the week, with #6 Baylor (8-0) on Saturday evening.  The teams might be considered interestingly well matched, with their quarterback-peculiar offenses, stuffed to the gills with running and receiving talent, and their Big 12-Patented little-kids’-soccer defenses.  Bear fans have reason to feel a little more relaxed about true-freshman Stidham than Sooner fans feel about Mayfield and his sometimes demon-possessed throwing arm.  The story will be how the frisky, coltish Ds cope with the most productive offenses they’ve encountered all season.  Bears give 2.5.

#8 Oklahoma State, 9-0, cracks the top 10 for the first time and heads to Iowa State to take on the Cyclones.  Pokes give 14.  They’re likely to cover, but with Baylor and Oklahoma rounding out their schedule, it’s anybody’s guess whether they’ll still be in final-4 contention in the CFB by the end of November.

Navy (7-1) breaks into the top 25, settling in at #20 after the top-quality win over Memphis.  The Mids host American rival SMU on Saturday, giving 21.  Interestingly enough, this is an accredited rivalry game, although it hasn’t been played very often up to now (16 times in 85 years).  Going back to 1930, the Navy-SMU rivalry is now played for the Frank Gansz Trophy, named for the legendary Navy linebacker and long-time coach for 15 different college and pro teams (including, naturally, Navy and SMU).

Nevada, 5-4, hosts San Jose State Saturday afternoon.  The Wolf Pack is conceivably still in the divisional hunt, and gives 1 to the 4-5 visitors.

LSU slides to #9 after the series of unfortunate events in Tuscaloosa last week.  It probably won’t be much balm to the Tiger spirit to be competing with a visiting Arkansas squad for the Golden Boot, the gaudiest and sickest (in the good way) rivalry trophy in all college football.  Seriously, if Donald Trump sponsored a football trophy, it would be the Golden Boot.  A one-loss LSU gives 7.5 to the 5-4 Razorbacks; we suspect the Hawgs will feel some pent-up wrath on Saturday, and aren’t likely to cover, much less repeat the theatrics of their crazy outing with Ole Miss.

#15 TCU hosts Kansas, about which the less said, probably, the better.  Toads give 45.

Kansas State (3-5) heads for Lubbock to collide with Texas Tech (5-5) on Saturday.  The Red Raiders give 5.5, but the Wildcats can’t be counted out yet.  TTU and WVU are the toughest opponents they have left; they can take Iowa State next week, and Kansas on Thanksgiving weekend.  It’s not out of the question for K-State to reach bowl eligibility.  After giving Baylor the scare, KSU’s still a factor.

Wyoming (1-9), of course, not so much.  The Pokes will be in San Diego to take on the Aztecs on Saturday.  SDSU (6-3) is what passes for royalty in the Mountain West’s West division, although any self-respecting Aztec would tell you they’re not the king.  Wyoming fans will be gratified to know that at SDSU’s Homecoming this weekend, they won’t be party inadvertently to any gender-insensitive activities.

Penn State, 7-3, has the weekend off to prepare for the big meet next week with Michigan.

#2 Alabama clashes abroad with #17 Mississippi State.  The Tide gives 8 and is likely to more than cover.  That said, the 7-2 Bulldogs haven’t been chopped liver; with narrow losses to LSU and A&M, they’re capable of giving a good game, if they show up.

Meanwhile, it’s finally time for one of our all-time favorite NCAA football rivalries, the annual clash for…Illibuck!  Frankly, Illibuck should be his own Disney franchise.  But it’s way better that he’s not.  He’s a much hipper dude that way.  The Illibuck legend is just that kind of deal.  If Trump were describing it, he’d call it awesome or unbelievable (or, of course, both).

Aside from Illibuck himself, #3 Ohio State (yes, we still know that too) and 5-4 Illinois will be present in Champaign to fight the good fight.  The Buckeyes give 16.5.  We’re counting on them to cover.  The Illini last won Illibuck in 2007, in case you need some trivia for those scintillating half-time convos on Saturday.

On the other hand, how often do you get the wooden turtle and the bronze pig, all in one weekend?  That’s right, Minnesota will be at #5 Iowa (just go ahead and assume full knowledge from here on out) to duke it out for Floyd of Rosedale, whose sheer presence as an NCAA football rivalry trophy is unequalled.  If you’re not in the Big X, there are times when you have to suffer from severe trophy envy.

Although we continue to suspect that it was even more fun in the days when Floyd was a live pig, we consider a bronze replica to be a pretty darn suitable substitute for these faint-hearted times.  Iowa gives 11.5 to the 4-5 Golden Gophers.  (Which says something about the Hawkeyes’ unnaturally high ranking.  Remember…we know.)

#7 Stanford hosts Oregon Saturday to decide the urgent question of which one will win this weekend.  The Blasé Burgundy gives 10.

#10 Utah will be at Arizona giving 6 on Saturday night.

In other action of note, Kentucky is at Vanderbilt for their Storied Rivalry (Commodores giving 3).

#21 Memphis will be at #24 Houston for what should be a pretty good American Conference clash.  The 8-1 Tigers and 9-0 Cougars are still in it with Navy for the American West title, and the chance to face Temple in the conference playoff.  The promise of good football in this one is very real.  Houston gives 7.

Texas A&M hosts Western Carolina (FCS, Southern), for whatever mysterious reason it is that the SEC bigs schedule little dudes into November every other year or so.  We like the 6-3 Catamounts just for their cool name, but give them zero chance of not losing in, like, a major way.

We decline on principle to notice what Missouri may be doing this weekend.

In FCS, McNeese State (9-0) is now #2 in the Coaches Poll after a decisive win over Sam Houston State.  The Pokes are also the Southland Conference champions.  Way to go!  McNeese locks in an FCS playoff berth.

They have one regular-season game left on Saturday, against 4-5 Lamar in Beaumont, TX.  (The Cowboys will finish one game short, due to the weather cancellation of game 1 against LSU.)

Speaking of weather: 60s and overcast in Beaumont for the 6 PM Central kickoff.

In Div III, Rose-Hulman (7-2) heads for its final game of the season on Saturday, meeting Earlham College in Richmond, Indiana.  Earlham, 0-9, is absolutely terrible, possibly due to its inauspicious team name (the Quakers).  RHIT has had its best season in years, however, even with the loss to Mt. St. Joe.  Crisp, sunny, and right around 50 for the 1:30 PM kickoff.

Christopher Newport’s season-ender is at Southern Virginia (Buena Vista), which may not be quite like going to Ferrum, VA (as CNU used to do in USA South), but is still pretty cool.  Buena Vista is near Mechanicsville and Lexington, and has what Candidate Trump would call awesome, unbelievable scenery.  SVU’s 0-9 football team is simply awful, but at least that gives the 3-6 Captains a good shot at one more win.  50s and sunny for the 1 PM Eastern game start.

Merchant Marine, 3-5, will be at St. Lawrence U. (Canton, NY) for their final game on Saturday.  Happily for Saints fans, St. Lawrence is 7-2, and beat Rensselaer Poly (also 7-2) in October, putting the two top teams in a Liberty League tie going into the final weekend.  Unfortunately for the Mariners, that means they have little chance of adding one to the “W” column.

A brisk 40 and overcast at 1 PM Saturday in Canton.

Dallas kicks off Sunday for us at Tampa Bay, with odds even, since both teams suck.

Steelers host the cellar-dwelling Browns, giving 5.5 in spite of the loss of Roethlisberger.  The sportsbabblers are all a-babble, naturally, over the elegantly tall, Bible-quoting Landry Jones starting for Pittsburgh, while Cleveland’s 5’11” Johnny Manziel complains about being short.  Hey, at least the drama takes the pathological Cowboy fan’s mind – for a few seconds – off the absence of Tony Romo and Sean Lee at the same time.

Sunday night sees Cardinals at Seahawks (-3) (who knew this would look like a yawner when it got here?), and Texans at Bengals (-12) round out Monday night for us. 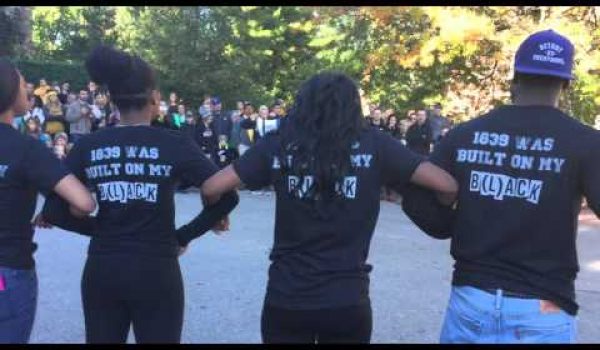