As of Wednesday afternoon, Politico stands by its story that Ben Carson’s claim he was offered a full scholarship to West Point was a fabrication. Carson says Politico’s story is a lie and an example of how the mainstream media “vets” Republican candidates compared with the way they treat Democrats. Politico insists their story needed some clarification but was basically sound.

Yesterday we asked if a claim about being granted a scholarship to West Point made by Ben Carson in a book published in 1990 is important and timely enough for Politico to question 25 years later, why don’t they investigate a more recent (1994) claim by Hillary Clinton that she tried to join the Marines?

If that’s not puzzling enough, Clinton on the stump in New Hampshire this week doubled down on the Marine story. CNN investigated the claim and isn’t sure it’s true.

Hillary Clinton dusted off an old story that has previously been met with skepticism: When the Yale-educated lawyer moved to Arkansas in 1975, she says she tried to join the Marines.

She laughed Tuesday, the day before Veterans Day, as she recalled being turned away by a recruiter.

The Women Marines Association reports that the Marine Corps Women’s Reserve was established in 1943 and female reservists were deployed to Korea in 1950. By 1975, the Marine Corps allowed women to serve in all occupational fields except infantry, artillery, armor and pilot/air crew. In other words she could have served as a Jag Officer (lawyer) at age 26.

Apparently Clinton made the comments a breakfast with voters  sponsored by WMUR-TV. It was not open to other reporters, but the station posted the clip.

Clinton has repeated her Marine anecdote a few times over the years, dating back to at least 1994 when she was first lady. Each time, critics on the right have raised questions about why a fervently anti-war college student — who worked on the anti-war presidential campaigns of Eugene McCarthy and George McGovern — and just moved to Arkansas to marry Bill Clinton, would have tried to join the military.

Clinton’s telling of the story comes as Right-leaning blogs are highlighting it in the wake of the scrutiny Republican candidate Ben Carson is facing for saying he was offered a full scholarship to West Point despite the school having no record of the encounter. Carson described the offer in his 1990 book, “Gifted Hands,” but on Friday clarified that he was extended an informal offer or “nomination” to attend West Point.

Bill Clinton, told a different version of the story during the 2008 election. During a campaign stop in Indiana  he said:

I remember when we were young, right out of law school, she went down and tried to join the Army and they said ‘Your eyes are so bad, nobody will take you,’

So it was the Army, not the Marines. And it wasn’t her age, it was her vision. If the Clintons are going to tell tall tales, at least they should get their stories straight.

Mrs. Clinton told friends that she had moved to Arkansas for only one reason: to be with Bill Clinton. Years later, she would tell Vanity Fair that she had stayed because “I didn’t see anything out there that I thought was more exciting or challenging than what I had in front of me.”

So, if she was talking to a Marine recruiter in 1975 before the marriage, was she briefly considering joining the few, the proud and the brave of the corps as an alternative to life with Mr. Clinton, who was already being widely touted as a sure thing for Arkansas Attorney General?

If Ms. Clinton moved to Arkansas to be with and marry Bubba, then why would she join the Marines/Army and be separated from him just before her wedding?

And of course the bigger question is if Ms. Clinton’s is telling a story that at best “smells fishy,” why isn’t Politico investigating and reporting it? 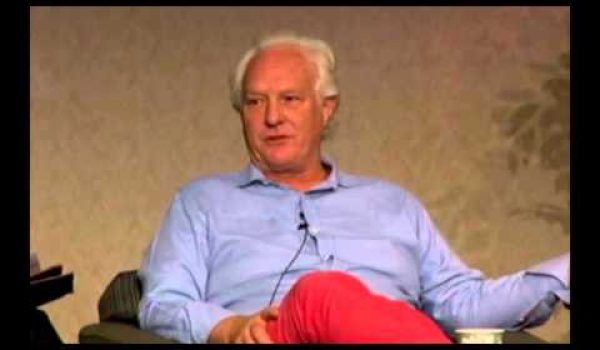