As tensions at the University of Missouri continue to rage, a new email has been circulated, advising to students on the course of action they should take in the event they witness any further incidents of “hurtful speech.”

In essence, the email advises that the students dial “E” for “enemy.” That is, they are instructed to call the campus police. And police, as any liberal and/or paranoid black person can tell you, are the mortal foes of black Americans everywhere.

The email, sent out by the MU police, arrived in the inboxes of Mizzou students Tuesday morning, and copies of it were quickly posted on Twitter.

Well, this is an interesting email. pic.twitter.com/apMCbpym3e

The police essentially tell students to make a criminal report of any hurtful behaviors (complete with license plate numbers, photos, and more), even though they freely acknowledge that hurtful speech is not a crime. But the email says that doesn’t matter, because the school could still take disciplinary action against students.

Missouri officials may be overreaching tremendously, though. As a public university, the University of Missouri is bound by the First Amendment, which guarantees the right to free speech. Court rulings on such matters have repeatedly held that public colleges cannot punish students for otherwise legal speech and expression they engage in outside of class.

The email continues what has become a chilly environment for free speech and expression at MU. A viral video posted Monday circulated on the web showing a gang of students, led by communications professor Melissa Click, attacking a cameraman attempting to cover on-campus protests in a public area.

Mizzou hunger-striker is son of millionaire railroad executive
Next Post
Video: Informal survey on whether voters would elect this man president 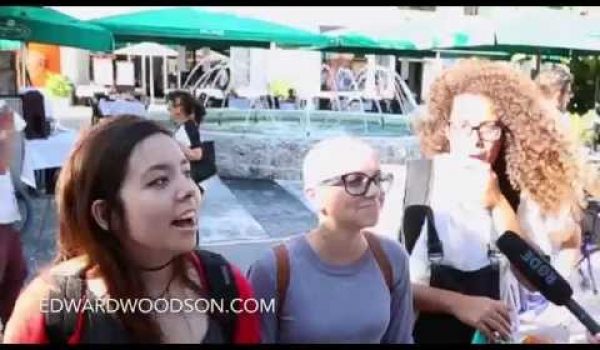