Longtime Wall Street analyst and investor Charles Ortel is excited about Nov. 16. That is the day when the Bill, Hillary and Chelsea Clinton Foundation must file its IRS Form 990 for tax year 2014.

However, CHAI, by reversing its decision to refile IRS 990 Forms from 2013 and 2012, only skims the surface of the fraudulent accounting represented by Ortel’s countdown clock.

First, the Foundation’s 2014 Form 990 is expected to be highly scrutinized because Hillary Clinton, a Clinton Foundation director at that time, was not shy about her plans to run for president in 2016. Surely, there will be millions of robust revenue and an impressive donor list comprised of compassionate corporations, foreign governments, other foundations, and individuals who somehow overlook that only 6% of the Clinton Foundation’s expenditures actually reach their intended recipients.

Furthermore, back on April 25 Reuters investigated the Foundation’s 990 Forms and “found errors in how they reported donations from governments” for three years spanning 2010 — 2012, all while Hillary Clinton served as secretary of state.

Immediately responding to Reuters, Clinton Foundation spokesperson Craig Minassian said, “We are prioritizing an external review to ensure the accuracy of the 990s from 2010, 2011 and 2012 and expect to refile when the review is complete.”

In September, curious about how the external review was proceeding, I questioned when it would be completed, when the 990s would be refiled, and where the heck was the IRS. All these questions remain unanswered, and to date, there has been no IRS audit.

[The] Clinton Foundation is an illegally formed entity, and a tangled web encompassing at least 4 separate organizations in 30 countries. If ‘Clinton’ were not in the foundation name, the directors would be in jail.

After spending the last ten months examining the Foundation records, he says it is “a vast criminal conspiracy.” He has gained insight into “how the family has siphoned off foundation money for personal and political use by utilizing creative accounting tactics.”

Ortel is also anticipating the November 16 IRS deadline because he says it could implicate a major U.S. accounting firm in fraudulent accounting practices.

PriceWaterhouseCoopers filed the foundation’s 990 and financial statements for the first time in 2013, and Ortel assumes they will do so again for 2014.

Ortel has proof that the 2013 Form 990 and all financial statements filed by the firm are criminally false and misleading. He has “put them on notice” but has yet to hear back. Ortel wonders how PriceWaterhouseCoopers can file the 990 for 2014 without committing even more fraud.

Potentially most explosive, says Ortel, is, “when and not if Clinton Foundation fraud will impact Hillary’s 2016 presidential prospects.” Additionally, it is Ortel’s contention that “PriceWaterhouseCoopers could be brought down by the Clinton Foundation since the firm is generating fraudulent financial statements in the same manner that Arthur Anderson was destroyed by the Enron accounting scandal.”

No surprise that Ortel’s website is currently headlined, “Are Clinton Foundation Principals and Agents Truly Too Big to Jail?” 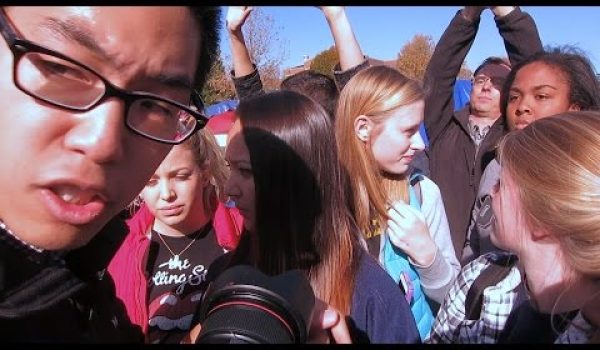 The wrong people were forced to resign from Mizzou; it should have been this prof
Next Post
School administrator had this outrageous message for parents of girls groped by migrants