A friend of mine sent me this ten-year-old column by Peggy Noonan, former primary speech writer and special assistant to President Ronald Reagan, now columnist for the “Wall Street Journal” and the author of eight books on American politics and culture.

Called “The Blogs Must Be Crazy, Or maybe the MSM is just suffering from freedom envy,” this column is the first thing I’ve ever read which not only explains why people like me spend all day seeking out news, finding scoops, and writing commentary to share with an audience for very limited compensation, and also, the motivation behind why most of us try so hard to be right (and why, when we are wrong, we make sure to correct and admit ASAP).

It may also explain why so many in the mainstream media put down bloggers but never hesitate to use what we have found without attribution.

Ms. Noonan’s column is so good it bears sharing:

This is excellent invective. It must come from bloggers. But wait, it was the mainstream media and their maidservants in the elite journalism reviews, and they were talking about bloggers!

Those MSMers have gone wild, I tell you! The tendentious language, the low insults. It’s the Wild Wild West out there. We may have to consider legislation.

When you hear name-calling like what we’ve been hearing from the elite media this week, you know someone must be doing something right. The hysterical edge makes you wonder if writers for newspapers and magazines and professors in J-schools don’t have a serious case of freedom envy.

The bloggers have that freedom. They have the still pent-up energy of a liberated citizenry, too. The MSM doesn’t. It has lost its old monopoly on information. It is angry.

But MSM criticism of the blogosphere misses the point, or rather points.

Blogging changes how business is done in American journalism. The MSM isn’t over. It just can no longer pose as if it is The Guardian of Established Truth. The MSM is just another player now. A big one, but a player.

The blogosphere isn’t some mindless eruption of wild opinion. That isn’t their power. This is their power:

1. They use the tools of journalists (computer, keyboard, a spirit of inquiry, a willingness to ask the question) and of the Internet (Google, LexisNexis) to look for and find facts that have been overlooked, ignored or hidden. They look for the telling quote, the ignored statistic, the data that have been submerged. What they are looking for is information that is true. When they get it they post it and include it in the debate. This is a public service.

2. Bloggers, unlike reporters at elite newspapers and magazines, are independent operators. They are not, and do not have to be, governed by mainstream thinking. Nor do they have to accept the directives of an editor pushing an ideology or a publisher protecting his friends. Bloggers have the freedom to decide on their own when a story stops being a story. They get to decide when the search for facts is over. They also decide on their own when the search for facts begins. It was a blogger at the World Economic Forum, as we all know, who first reported the Eason Jordan story. It was bloggers, as we all know, who pursued it. Matt Drudge runs a news site and is not a blogger, but what was true of him at his beginning (the Monica Lewinsky story, he decided, is a story) is true of bloggers: It’s a story if they say it is. This is a public service.

3. Bloggers have an institutional advantage in terms of technology and form. They can post immediately. The items they post can be as long or short as they judge to be necessary. Breaking news can be one sentence long: “Malkin gets Barney Frank earwitness report.” In newspapers you have to go to the editor, explain to him why the paper should have another piece on the Eason Jordan affair, spend a day reporting it, only to find that all that’s new today is that reporter Michelle Malkin got an interview with Barney Frank. That’s not enough to merit 10 inches of newspaper space, so the Times doesn’t carry what the blogosphere had 24 hours ago. In the old days a lot of interesting information fell off the editing desk in this way. Now it doesn’t. This is a public service.

4. Bloggers are also selling the smartest take on a story. They’re selling an original insight, a new area of inquiry. Mickey Kaus of Kausfiles has his bright take, Andrew Sullivan had his, InstaPundit has his. They’re all selling their shrewdness, experience, depth. This too is a public service.

5. And they’re doing it free. That is, the Times costs me a dollar and so does the Journal, but Kausfiles doesn’t cost a dime. This too is a public service. Some blogs get their money from yearly fund-raising, some from advertisers, some from a combination, some from a salary provided by Slate or National Review. Most are labors of love. Some bloggers–a lot, I think–are addicted to digging, posting, coming up with the bright phrase. OK with me. Some get burned out. But new ones are always coming up, so many that I can’t keep track of them and neither can anyone else.

But when I read blogs, when I wake up in the morning and go to About Last Night and Lucianne and Lileks, I remember what the late great Christopher Reeve said on “The Tonight Show” 20 years ago. He was the second guest, after Rodney Dangerfield. Dangerfield did his act and he was hot as a pistol. Then after Reeve sat down Dangerfield continued to be riotous. Reeve looked at him, gestured toward him, looked at the audience and said with grace and delight, “Do you believe this is free?” The audience cheered. That’s how I feel on their best days when I read blogs.

That you get it free doesn’t mean commerce isn’t involved, for it is. It is intellectual commerce. Bloggers give you information and point of view. In return you give them your attention and intellectual energy [and once in a while click on an ad–Lid]. They gain influence by drawing your eyes; you gain information by lending your eyes. They become well-known and influential; you become entertained or informed. They get something from it and so do you.

There are blogs that carry political and ideological agendas. But everyone is on to them and it’s mostly not obnoxious because their agendas are mostly declared.

7. I don’t know if the blogosphere is rougher in the ferocity of its personal attacks than, say, Drew Pearson. Or the rough boys and girls of the great American editorial pages of the 1930s and ’40s. Bloggers are certainly not as rough as the splenetic pamphleteers of the 18th and 19th centuries, who amused themselves accusing Thomas Jefferson of sexual perfidy and Andrew Jackson of having married a whore. I don’t know how Walter Lippmann or Scotty Reston would have seen the blogosphere; it might have frightened them if they’d lived to see it. They might have been impressed by the sheer digging that goes on there. I have seen friends savaged by blogs and winced for them–but, well, too bad. I’ve been attacked. Too bad. If you can’t take it, you shouldn’t be thinking aloud for a living. The blogosphere is tough. But are personal attacks worth it if what we get in return is a whole new media form that can add to the true-information flow while correcting the biases and lapses of the mainstream media? Yes. Of course.

I conclude with a few predictions:

Tweet of the Day: Barack Obama, the nation’s first LGBT president
Next Post
Meet the privileged Yale student who shrieked at her professor 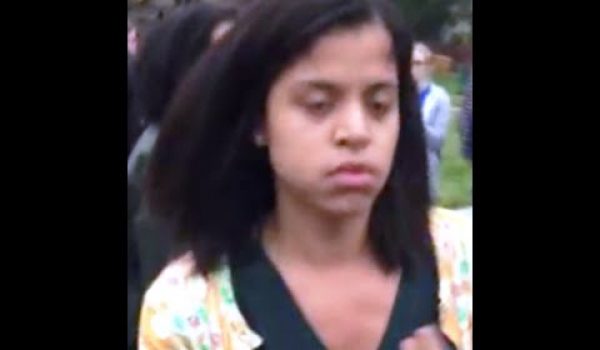