GOP candidate Ben Carson is certainly getting his share of attention from commentators on the left these days, all of it negative.

First, there was the hit piece that Politico did on him, which backfired bigtime.

The latest full-frontal assault is way dumber than a quibble over whether Carson received an offer to attend West Point. It was delivered by Oliver Willis, a “research fellow” at the George Soros-funded Media Matters, a group so radical that it once declared “guerilla war” against Fox News.

That tweet appears to have been in response to this:

ben carson has the same shut eyes as the alien from "third rock from the sun" (french stewart). maybe he's an alien. pic.twitter.com/CtKEKa0QIa

"well honestly 'doctor' is just a nickname that caught on, i simply passed by a medical school in a process i call 'graduation'"

"i understand one becomes a doctor when people refer to you as 'doctor' is this not correct?"

part of me is praying ben carson is lying about being black, rachel dolezal style

Willis later claimed that his barrage of tweets was all in jest:

ben carson fans in from no sense of humor twitter https://t.co/Wpi7wYnmBR

In fact, it’s all part of the effort to demonize anyone to the right of Josef Stalin. One person observed:

@ImOverIt69 @owillis thing is, the left can attack Ben Carson and it's "humor", but when the right does it to Obama it's "racism"

Two fixes for dealing with internet meanies, one of them blatantly unconstitutional
Next Post
Berkeley HS won’t identify race of suspect in alleged racist hate crime 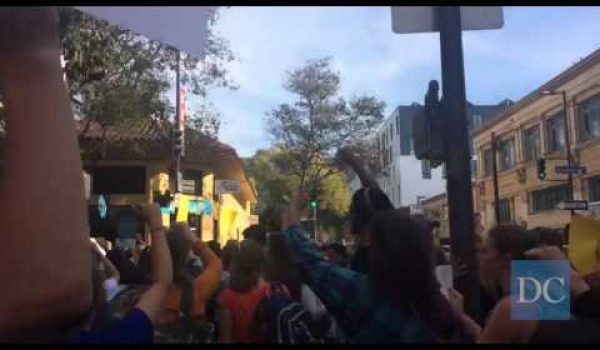