The Blaze’s Kaitlyn Schallhorn notes that during his weekly address, Barack Obama promised (threatened?) to “come visit the city that enrolls the highest percentage of folks who aren’t covered right now” by Obamacare.

Where to begin? First, there’s the reality vs. the administration’s enduring rose-colored myth of the Affordable Care Act. By any realistic measure, the program has been an abysmal failure. The New York Times, hardly part of the vast right-wing conspiracy out to bring Obama down, wrote recently of the “cascading failures” of Obamacare co-ops, which are imploding around the country. The low-cost policies the president has boasted about have been shown, moreover, to be all sizzle and no steak. In May, CNN glumly reported that an estimated 71% of newly insured low-income Americans were covered through Medicaid-based policies but that 55% of doctors refuse to see new Medicaid patients — a rate between 8 to 10 times the percentage that refuse new private insurance patients.

Second is that amazing ego again. Seven years into his presidency, having effectively transformed the nation into the Disunited States of America, he continues to labor under the pathetic illusion that his mere presence is a wondrous treat. Back in the day, it was a chance at dinner with Obama for a donation of $5, later discounted to $3 when the level of voter enthusiasm failed to jibe with the president’s own measure of self-importance.

Third is the reality of a visit by the president, which requires an immense security detail and the shutting down of streets anywhere near the route his motorcade will follow. I live in New York, a city that Obama has visited more than any other during his tenure as commander in chief. Each time he has visited, traffic here — which normally has two speeds, slow and stop — has had one speed.

Here, for those with four minutes to kill, is a video of the address.

Texas: Daycare workers fired in controversy over ‘transgender’ 6-year-old
Next Post
Biography of another presidential candidate Politico neglected to comb through 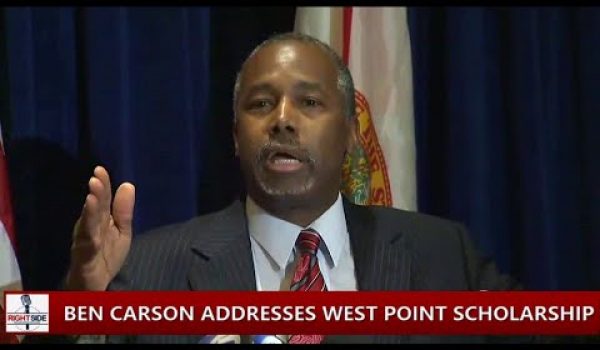