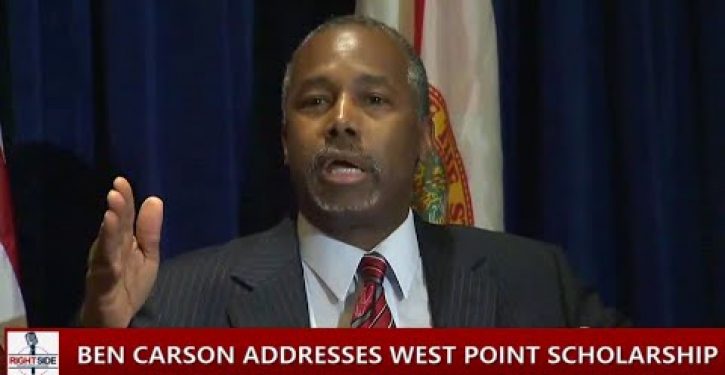 Wayne Dupree has a very good piece on his website about yesterday’s failed plot (there is no other way to describe it) by the liberal website Politico to impugn presidential candidate Ben Carson’s character. The article includes a must-watch press conference Carson gave yesterday, which has been re-embedded below for your convenience.

Dupree correctly observes that the usually mild-mannered Carson is “the most animated you have ever seen him on camera.” He also notes that Carson made reference in the presser to the media’s failure to vet Barack Obama back in 2007.

But there’s actually an even greater irony in the behavior of the mainstream media now and then. It is discussed in a post that Brent Bozell and Tim Graham of the Media Research Center wrote in 2013 that casts in stark relief Carson’s treatment by the press vs. Obama’s:

In Barack Obama’s case this omission emerged in 2012 over his biographical narrative: his 1995 memoir Dreams From My Father, which became a huge bestseller as he prepared to run for president, and enriched him with an estimated $1.3 million in royalties (not to mention almost $4 million for his campaign book The Audacity of Hope), and that’s just through 2007.

Reporters loved this book. In an October 23, 2006, cover story in Time magazine, Joe Klein oozed about Obama’s parentage: “He told the story in brilliant, painful detail in his first book, Dreams from My Father, which may be the best-written memoir ever produced by an American politician.”

Chris Matthews was even more effusive, to the point of slobbery, on MSNBC, which is to say, typical. The book was “unique because he’s a politician and not since U.S. Grant has a politician written his own book, and that is refreshing.” It was great literature. “It’s almost like Mark Twain. It’s so American, it’s so textured. It’s so, almost sounding like great fiction because it reads like us. It’s picturesque. Is that the right word, ‘picturesque’? I think it’s got that quality.”

Matthews was exactly right. It sounded like great fiction because so much of it was fictionalized.

The warning was right there in the preface to his 1995 memoir, where Barack Obama admitted the chapters to come were taking liberties with the truth: “Although much of this book is based on contemporaneous journals or the oral histories of my family, the dialogue is necessarily an approximation of what was actually said or relayed to me.” Even the people weren’t entirely real: “For the sake of compression, some of the characters that appear are composites of people, I’ve known, and some events appear out of precise chronology.”

How rich now that liberal journalists are so willing — eager really — to take Ben Carson to task for, for example, conflating people from his past in anecdotes, when Obama not only did the same thing but openly admitted it in print.

The most compelling aspect of this double standard on the part of the media is that when conservative writers tell the truth about Obama, they are branded as racist. When liberal writers lie about Carson, they are hailed as heroes.

Here is the video of the presser. 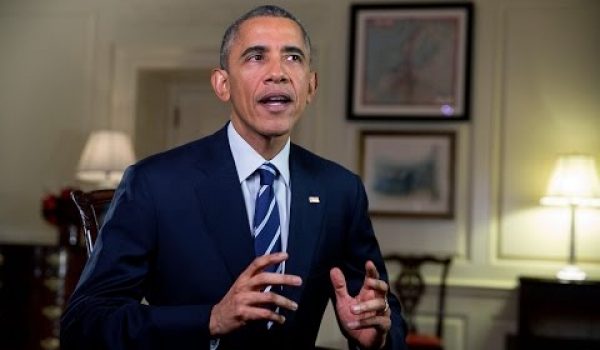 Obama announces Obamacare contest: City that signs up most new enrollees will win … this
Next Post
Five things Obama got wrong in his Keystone XL Speech