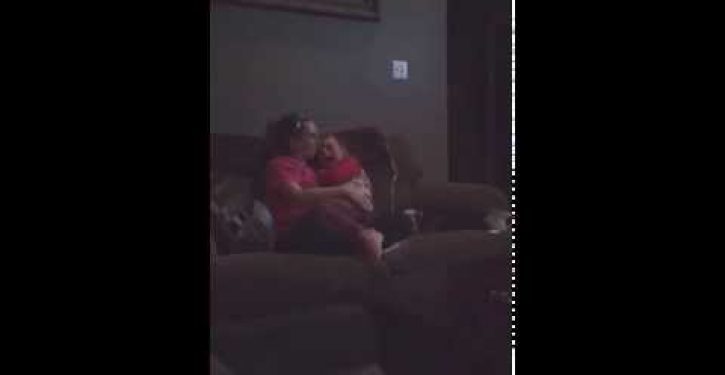 It officially hurts that we’re now into double digits, which means that the end of the NCAA football regular season is within hailing distance.

Fortunately, some of the Power 5 conferences are back-loaded with their biggest games in these final weeks.  We’ve got an exciting ride coming, what with the cream of the Big X, Big 12, and SEC still lurking in or near the final four, and still needing to play some of their top conference rivals.

This week sees the first Delphic pronouncement from the CFB (motto: “Ha!”), and as an admin note, we’ll be switching from the AP poll to the CFB for our ranking notations.  We expect equal hilarity from both.

Our Inner Circle kicks off Thursday for us, and we’ll get to that below.  In the NFL, Browns are at Bengals tonight, and if anyone thinks 2-6 Cleveland can knock off the unbeaten Bengals, they’re keeping it on the down-low.  Cincinnati gives 12.  (Note as we go to post: the Browns are holding it close at the half.)

We’ll get to the news about Coach Beamer.

#15 Oklahoma (7-1) hosts Iowa State (3-5), and although the Sooners have been rolling over opponents in the weeks since the Shootout debacle, the usual caveats about OU being able to lose against terrific odds are always – I promise you – in order.  The Sooners are favored by 25 in the line.

#14 Oklahoma State kicks off the Big 12’s showdown of the week at 2:30 PM Central, hosting #8 TCU in Stillwater.  Although LSU at Alabama has to be our game of the week (see below), the bout in Stillwater is probably the second most competitive in the nation, with nearly as much potential impact on the eventual CFB outcome.

Frogs give 4.5.  They’ll be looking to prove they deserve to leap over Notre Dame and Baylor in the CFB.  OSU might be more comfortable around 17 or 18, but they can beat TCU.  Strong potential for a very good game.

On Saturday, Army (2-6) will take a few hours off from celebrating homosexuality to meet Air Force (5-3) in Colorado Springs.  Falcons give 17.

Virginia Tech, having struggled to 4-5, is off for the weekend, but will head south to meet Georgia Tech in the “Battle of the Techs” next Thursday.  Frank Beamer, the Hokies’ legendary but frankly superannuated head coach, announced his retirement this week, reportedly under the gun from alumni and administration.  For those who want to join the fray, there’s a collection of Hokie-fan musings on who his successor should be here – including the analysis of our old running-mate Mighty Fahvaag that the right man for the job is Toledo’s Matt Campbell.

Apologies to reader Robert Jacoby, of course.  As you can see, Fahvaag-linked blogger BlueLoneWolf also wants to poach Justin Fuente from our Sooner fans’ short list.  (Memphis would have something to say about that as well.  Cute little school with a darling football program.  So perky this year.)

The actual Hokie football team will try to keep its head in the remaining games and finish the season in the black.

Nevada, 4-4, will be at 2-6 Fresno State Thursday night for a late game.  It’s pretty unlikely that Nevada is still in the hunt for the Mountain West-West title, although it’s not impossible.  Division-leading San Diego State (6-3) and Nevada play their final game in San Diego on the 28th; the Wolf Pack’s shot is to just keep winning between now and then.  They give 3.5 tonight.  Kickoff at 7:30 PM Pacific.

LSU, the CFB’s #2, headlines the marquee slot on Saturday – clearly the game of the week – at #4 Alabama.  This game is big just about every year, and obviously will decide more than the SEC-West for this season.  (It’s a Storied Rivalry, to boot, but that’s the least of our worries.)

Alabama, in Tuscaloosa, gives 6.5, which frankly overestimates the Tide’s record of offensive performance this year.  But if anyone can shut down the Fournette Juggernaut, it should be Alabama.  (All things being equal, at any rate, it isn’t Clemson or Ohio State.)

As usual, we can expect an epic defensive battle in this game, and an opportunity to learn more about how good these two teams really are than in almost any of the face-offs we’ve seen in any conference this season.  In that regard, the CFB regime really hasn’t changed much at this point.

Kansas State (3-4) hosts #6 Baylor this evening.  Even a handicapped Baylor is likely to defeat K-State.  But any failure of dominance by the Bears will discourage the CFB about them further.  They need to win this one big – by more than their 17-point give – to stay in the final four hunt.  That will mean mustering more defensive stop than the typical outscore-em/ignore-em Big 12 game plan entails.

Wyoming (1-8) hosts Colorado State (3-5), with the circling buzzards betting on a Ram give of 10.5.  Temps in Laramie will hover around a brisk 40 during the game, but that and some sun make for a perfect afternoon for football in the high country, and both teams are used to it.

Penn State, 7-2, is on the road facing a tough opponent in, er, new #21 Northwestern (6-2, and the CFB’s #21, at any rate), which has knocked off Stanford and Nebraska in a couple of odd bruisers, but otherwise hasn’t done much of note.  (Northwestern’s two losses were extreme and pathetic – 38-0 to Michigan and 40-10 to Iowa – contributing to the suspicion that the CFB is off its meds.)  The oddsbubbas have the Wildcats giving 2-ish.

#1 Clemson (we know, we know) hosts #16 Florida State, for a game that will only prove anything if the Seminoles win.  The Tigers give 12.  We’re as unenamored of this Clemson ranking as anyone who doesn’t live in South Carolina.

The garage-sale junk racket is lively this weekend, with Illinois at Purdue squaring off for the Purdue Cannon.  The cannon trophy is just a miniature cannon mounted on a wooden base, but at least it represents a weapon of war.  Interestingly, the Illini give 5 on the road to the team that knocked off Nebraska in a shootout last week.

Duke is at North Carolina to play for another of those Victory Bells the FBS is lousy with.  Tar Heels give 7.5; the more interesting aspect of this game is that Duke, UNC, and Pitt are in a three-way race for the ACC Coastal crown, and this match has the potential to be decisive.

Arkansas will be at #18 Ole Miss for their Storied Rivalry match, with the Rebels giving 10.5.

We note, as an aside, that one of the things we love about the brave new world of the modern FBS is games like Idaho at South Alabama.  (Jaguars give 7.)  Come on, people, let’s hear a Howard Dean Scream!

In FCS, McNeese State (8-0) has edged up to #5 in the Coaches Poll.  This never augurs well, and comes just before the Cowboys host Sam Houston State, their top rival in the Southland Conference, on Saturday.  The Bearkats are 6-2 and can only catch McNeese if the Pokes lose their last two games – but SHSU could certainly boot the Pokes back out of the Top 10 by winning in Lake Charles.  (McNeese is tied in the polling, incidentally, with North Dakota State, which FCS followers know as the perennial powerhouse of the subdivision.)

So it’s a big game brewing on Saturday.  60s and intermittent rain expected, with a game start at 6 PM Central.

In Div III, the big weekend for Rose-Hulman (7-1) has arrived.  Nobody in Heartland ever beats Franklin, but RHIT’s big rival is actually Mount St. Joseph (MSJ, in Cincinnati), which comes to Terre Haute to clash with the Fightin’ Engineers in their annual face-off on Saturday.  MSJ is 5-3 at this point and can’t surge past RHIT in the conference standings even with a win.  But for an Engineer, the season all comes down to this.  50s and mostly sunny for the 1:30 PM kickoff.

Merchant Marine, 2-5, hosts Union College (Schenectady) in Kings Point on Saturday.  Long-time members of the LU Football Inner Circle may remember from previous years that Union College is the alma mater of President Chester A. Arthur, among other distinguished alumni.  But did you also know that Neil Abercrombie, Hawaii’s goofball governor from 2010 to 2014, is a Union alum?

The Bulldogs are 0-8 for the season, giving us the impression that USMMA just might get another win this weekend.  60-ish and overcast for the noon kickoff.

Steelers are at home hosting the Raiders in a battle of current also-rans, with a give of 4.5.

Broncos, now 7-0, head to Colts for the late-afternoon game.  Broncs give 5 in Indy.

Cowboys host Eagles, for a division clash between a 2-5 team and a 3-4 team that actually matters, this being the NFC East.  The 4-4 Giants better watch their backs.  Iggles give a couple, as everyone is bound to in Arlington these days.

*UPDATE*:  Some things need neither introduction nor explanation. (H/t: CowBuzz.)

Woman finds out the hard way what people can do with your info on social media
Next Post
With this crazy move on energy, Bernie Sanders shows why his appeal will always be limited