It was no ordinary collision that occurred when Dino Morris, a sweeper driver for the California Transportation Department, took his eyes off the wheel briefly in October 2013. The driver of one of the vehicles involved, Cheryl Durbin, told CBS News Los Angeles, “It was the strongest impact I’ve ever felt in a car.” She sustained serious injuries when the Toyota Camry she driving was flipped upside-down. She still fared better than Rogelio Torres, who died when his Honda Civic was crushed by the 20,000-pound sweeper.

So what was Morris doing as he drove that so distracted him? He was DWS — driving while sexting. Although Caltrans, Morris’s employer, tried to suppress the texts he exchanged with girlfriend in the seconds leading up to the accident, a deposition obtained by CBS reveals that his girlfriend had written, “We will be having sex all day, sex, sex, sex.”

Before the court denied Caltans’s motion to keep the text records secret, Morris claimed he didn’t remember any of messages.

Durbin finds that hard to believe. Upon seeing the texts for the first time, she said:

I’m sure it did [distract him]. It just seems so avoidable. It didn’t have to happen, if he had been paying attention.

Durbin, who broke two lower-back bones, underwent a spinal fusion nine months ago. She also suffered a broken rib and a collapsed lung

Morris meantime is back behind the wheel, though not for Caltrans, who fired him after his license was suspended for six months He now drives a dump truck.

Cartoon bonus: Can’t be fixed
Next Post
Latino tykes with a message for Donald Trump: Hold your ears and cover your eyes 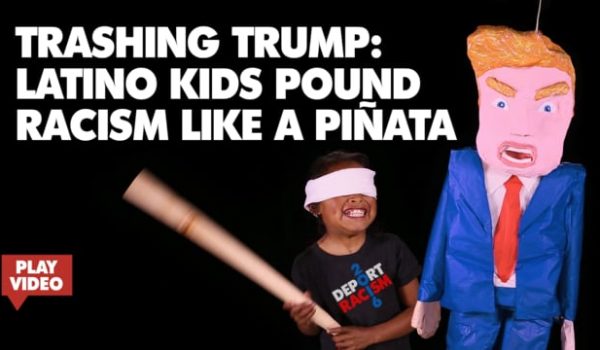