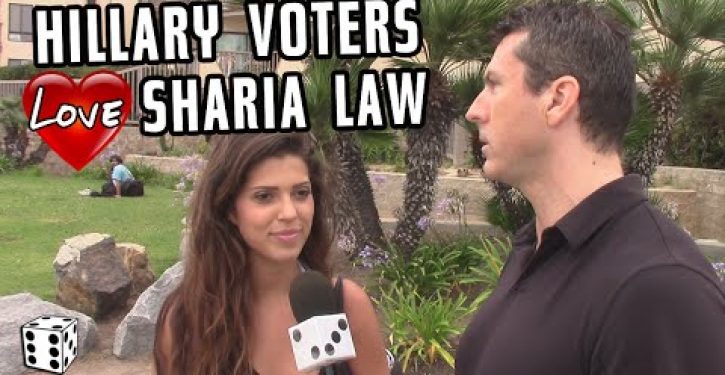 Granted, this is hardly a scientific survey. The video is shot in one location that appears to be somewhere in southern California, which right off the bat will give you a skewed result.

Second, the passersby selected for this Man on the Street interview by media analyst Mark Dice seem to have been chosen on the basis of their common cluelessness, both about Hillary Clinton’s platform and what sharia law is.

Are there people as mindless who support Donald Trump or another candidate on the Republican side? Of course! Sadly, Americans aren’t required by law to demonstrate a knowledge of candidates or issues before entering the voting booth.

At the same bear in mind that in recent years Democrats have fought tooth and nail to make voting even easier, objecting, for example, to voter ID laws, which would keep the game honest, and trying to flood the electorate with illegal aliens, whose vote they would likely receive.

Don’t lose sight of the fact either that although Hillary Clinton has not endorsed sharia law in America, she has shown that she is willing do or say whatever it takes to get elected. 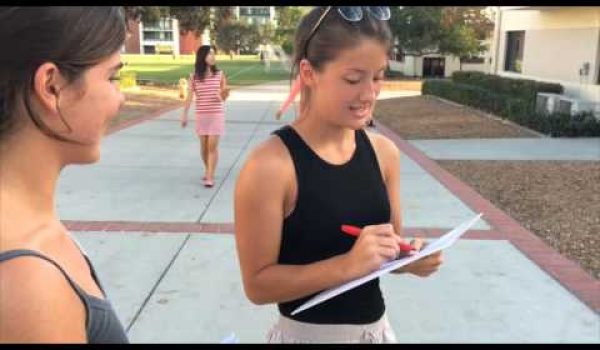