When a politician lies through his teeth, the Washington Post’s crack fact checker Glenn Kessler is there to pounce on him, awarding up to 5 Pinocchios. No such award exists for a pol who says something that is not so much a falsehood as it is mind-numbingly self-delusional.

Mindful of this gap, we here at LU have devised such an award, which we call the “Obama,” after the man who has made an art form of the pot calling the kettle black. Herewith, the first recipient of the award, none other than President Barack Obama himself. We award him four Obamas for his comment yesterday on the most recent GOP debate moderated by CNBC.

Almost everyone — right and left — saw the debate as the partisan hit job that it was. A few far-left commenters, like Slate’s Jamelle Bouie, opined that the problem was that the GOP doesn’t like honest debate moderators, but those were the exception rather than the rule.

Leave it to Obama, himself a hyperpartisan, to mock the GOP candidates as weaklings. At a Democratic fundraiser in New York City last night, Obama said, to the glee of his audience:

They say, ‘When I talk to Putin, he’s going to straighten out’ …. And then it turns out they can’t handle a bunch of CNBC moderators. If you can’t handle those guys, I don’t think the Chinese and the Russians are going to be too worried about you.

This from a man who has whined incessantly for the last seven years about Fox News Channel when every other TV network and the print media have handled him with kid gloves. This from a guy Putin has used as a doormat and whose skin is as thin as his ego is large.

Here you go, chief. Don’t spend it all in one place.

Why did America’s new BFF, Iran, shut down its first KFC within 24 hours of opening?
Next Post
College officials demonstrate this insane remedy if the U.S. Constitution ‘triggers’ you 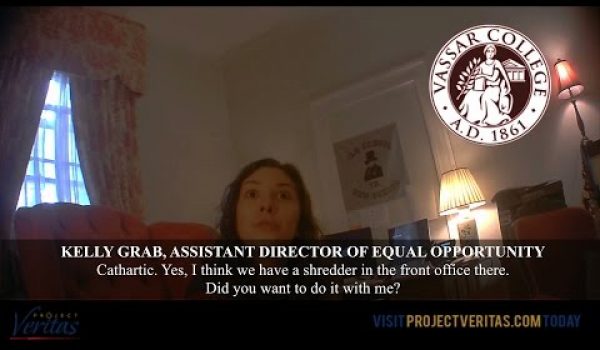