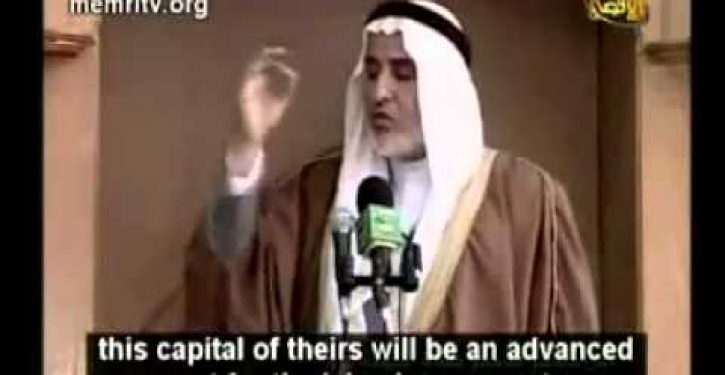 An Egyptian woman writing under the pen name Magda Borham has composed a lengthy letter to Western countries, warning them of the immediate danger posed by Islamic invasion via “immigration.”

Having lived in Egypt for more than thirty years, she states, “Nobody else in the world knows Islam and the mentality of Muslims more than those who have suffered by having Islam as a part of their life.

If you listen to the cries of the Copts of Egypt, the Christians of Syria, Iraq, Sudan, Pakistan and all the other Muslim countries you will hear the descriptions of the horrors of Islam.

See and feel the tears of the minorities in every Islamic society. These tears will tell you the true stories of Islam. Hear the blood of the ex-Muslims pounding.  It’s their blood that is shouting out every single second asking the rest of the world to “Wake up!”

She clarifies what few Americans understand: Islam is a totalitarian political ideology that rejects the basic principles of freedom and liberty cherished by Americans and protected by their Constitution. In fact, Islam, she maintains, is the clearest and most present danger to America’s future existence.

She explains the suffering of minorities, like herself, a woman who has lived through Egypt’s transformation into an Islamic country. She writes:

Like so many others I have been burned by this transformation. This transformation has seen me witness and experience Islam turn my home country to ruins and its followers are now threatening to bring the same fate to your own country.

Islam is a supremacist racist political and social ideology wrapped in a thin peel of religious rituals. It seeks domination and supremacy over all other systems and religions. Islam is worse than Nazism and fascism systems combined without any doubt.”

She warns Americans that they will suffer the same fate unless they end the senseless immigration policies that are enabling Muslims to freely invade with the intention of destroying America from within. She points to decades of failed liberal policies that have eroded American values, which she argues Muslims are using against Americans to their own detriment.

Her message is brutal and straightforward:

Muslims use your own democratic laws and values against you and they do it successfully while you keep sleeping as if as in a deep coma. This is why the leftists are the people who are worthy of  the title “useful idiots.” They are in a perpetual state of shame and self-loathing and will be the first victims of Islam once it takes over.

Muslims use them as a stick to beat you with, but even they will never ever be accepted as friends to the Muslims after, and they will definitely be their first victims. Leftists, Liberals, progressives, Antifa, Code Pink etc. are all appeasers of Islam. Appeasing evil is cowardice. They are fooled people who feed crocodiles hoping they will eat them last. They are the enemy within your countries.

Your country is like your house; you expect visitors who come to your house to respect you and respect your rules, not the opposite. Visitors must appreciate your kindness and your generosity for receiving them into your home and not imposing their own rules on you. This is your house, you own it, so you have the obligation to protect it and defend it.

If the visitor doesn’t like your rules, all he has to do is to leave. Nobody obliged him to visit you, and nobody will prevent him from leaving. As he came to your house by his own choice, he can leave your house freely or by force, if required.”

And she notes that Islam is rooted in racism and bigotry. The labels Muslims use against non-Muslims (Islamaphobic, bigot, racist), she says, are actually a reflection of Islamic ideology.

Islam is the only religion/ideology that specifically orders its followers to kill Jews and Christians, an obvious hate crime.

Remember, Muslims love and need to portray themselves ALWAYS as “victims.” This is their greatest weapon against you in the west. Victimhood enables them to act violently and give them the pretext to attack non-muslims around the world. It fuels them more and more with hate.

This hate generates more violence. Additionally to this Victimhood allow them to silence you and stop you from resisting their agenda. This is why the easiest thing for them is to label those who criticize Islam or reveal its reality as “racist” an “islamophobe” or “bigot.”

Toward the end of her lengthy appeal, Borham writes:

Please listen to my voice, my cry. Please see and feel my tears. Listen to my blood pounding with my message. I am a surviving victim of Islam.

She concludes with this:

Here the Muslim leaders of the world announce it clearly in the following video:

Her entire letter can be read at NoCompulsion.com. Her message was originally written in Arabic and translated into English by John Hayward.