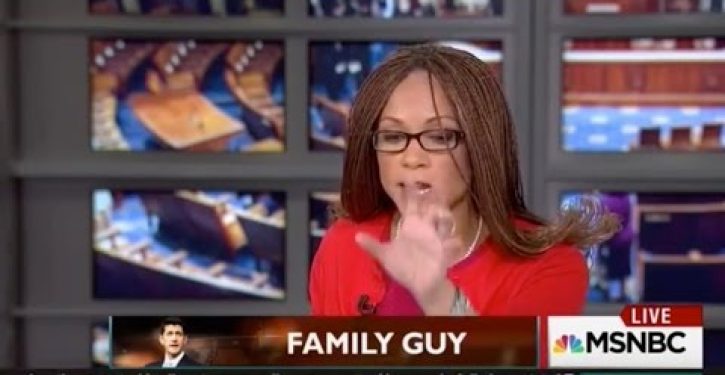 It won’t be long before there will be literally nothing left that we can say to each other without offending some leftist, somewhere.  We’ll all have to get back to communicating in grunts and signs.

But, then, that too will turn out to be offensive.  Probably best to just shut up and let the left’s gatekeepers of political correctness and microaggression do all the communicating.

Conservative activist Alfonso Aguilar was on MSNBC for a panel discussion, touting the opportunity presented by Paul Ryan’s bid to replace John Boehner as Speaker of the House.  In the course of his comments, Aguilar referred to Ryan as a “hard worker.”

If you don’t instinctively recognize this as an insensitive dig at third-party demographic groups, you’re not alone.  But that’s why we have MSNBC anchor Melissa Harris-Perry.

Harris-Perry cut in to tell Aguilar that the use of the term “hard worker” was problematic since she had a picture of slaves working in cotton fields on her office wall to remind her of when to really use that term. Her rambling response also included an attack on Republicans for demonizing working mothers.

“I just want to pause on one thing,” she said. “Because I don’t disagree with you that I actually think Mr. Ryan is a great choice for this role, but I want us to be super careful when we use the language ‘hard worker,’ because I actually keep an image of folks working in cotton fields on my office wall, because it is a reminder about what hard work looks like. So, I feel you that he’s a hard worker. I do.

“But in the context of relative privilege, and I just want to point out that when you talk about work-life balance and being a hard worker, the moms who don’t have health care who are working. But, we don’t call them hard workers. We call them failures. We call them people who are sucking off the system.”

That’s the thing about the left’s approach to insensitivity.  It involves constantly moving the goalposts.  Now you can’t be hard-working unless you’re an economically unsuccessful hard worker — or better yet, an enslaved and exploited hard worker.  If you’re successful, then whatever is said about you has to have some vague reference to a “context of relative privilege.”  Even when the allusion to “hard work” isn’t about personal economic success but about political or professional achievement.

That’s what it looks like, at any rate.  It’s really kind of hard to tell.  We can probably expect the goalposts to shift again, the next time Ms. Harris-Perry cuts in wanting to pause on something.

The Washington Free Beacon notes that Aguilar did try to object:

Aguilar protested, but Harris-Perry charged “that is really what you guys do as a party.” When he accused her of generalizing, she said “not all Republicans” engage in that kind of labeling.

Maybe the conversation was just sounding too positive about Ryan, who is, after all, a Republican.  Harris-Perry needed to reestablish the theme that Republicans are the party of cruel haters, and an image of slaves in cotton fields was what occurred to her.  The inside of her head does seem to be populated by a very particular assortment of images, if previous comments like this, this, this, and this are a guide. 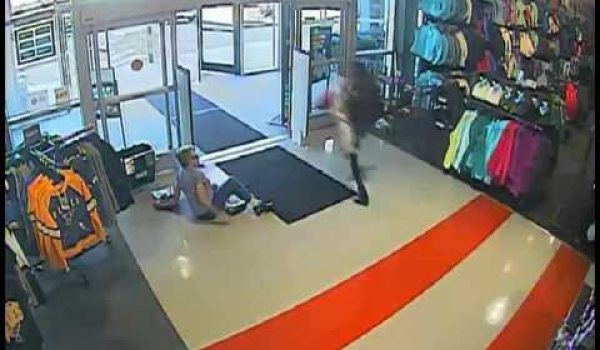