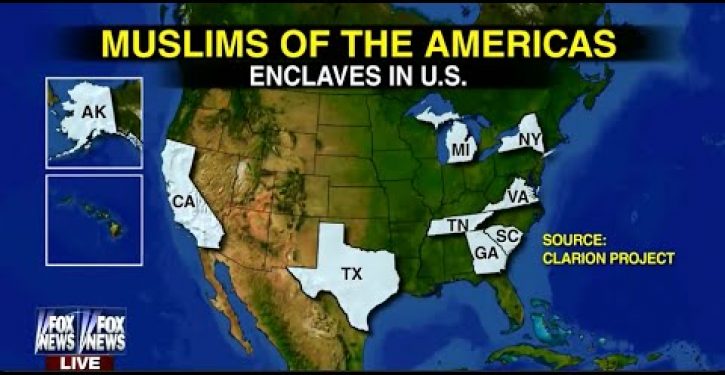 Serious national security issues exist regarding “refugees” from Muslim-majority countries entering America, primarily because the government is not reporting their numbers accurately and is not properly vetting them — if it is vetting them at all.

[Vetting] is a time-consuming process, and one of the challenges we will have is that we’re not going to know a whole lot about the individual refugees that come forward from the UN High Commission on Refugees for Resettlement and Vetting.

To complicate matters, the number of refugees being reported is woefully underestimated. For example, the Obama administration announced it began accepting 10,000 Syrian refugees Oct. 1. However, the New York Times reported that that number is in addition to the roughly 70,000 refugees already entering America every fiscal year. And according to Fox, the total number of refugees and asylum seekers who have entered the U.S. from Muslim-majority countries since 2009 is roughly 750,000.

Muslims given permanent status in U.S. From Pakistan, Iran and Iraq via @FoxNews pic.twitter.com/TCePJg6yoV

Add to this number the roughly 51,000 who’ve arrived under the “refugee resettlement program,” and the total climbs above 800,000.

It gets worse: These numbers mostly account for the “head of household” only. One “refugee” can actually equate to nine people. As both Front Page Magazine and American Thinker have pointed out, each head of household is allowed to bring up to eight family members – a fact of which the Obama administration is well aware.

In sum, a realistic estimate of the total refugees currently residing in the U.S. is in the millions.

The “family factor” is straightforward. Refugees over 18 years old, once living in America, can apply for their family members to be granted legal access. They can file Form I-730, Refugee/Asylee Relative Petition (within two years); an Affidavit of Relationship (within five years); and Form I-130, Petition for Alien Relative, and/or Form I-129F, Petition for Alien Fiancé(e) once they become a Green Card holder or U.S. citizen.

But most troubling is what the Clarion Project has been reporting: Muslim refugees have been creating “no-go zone” enclaves throughout America. As highlighted on Fox News:

The question Americans should be demanding answers to is the administration can claim to be protecting Americans from threats both foreign and domestic if they fail to calculate in real numbers who is being allowed into the U.S., especially when it is known that once they settle they are creating anti-constitutional communities compliant with Sharia law.

Illegal affirmative action based on sexual orientation in California
Next Post
Pa. Attorney General refuses to resign despite being suspended from the practice of law