At the Washington Post, UCLA law professor Eugene Volokh recently wrote about apparent “preferences for gay-, lesbian-, bisexual-, and transgender-owned subcontractors in California.” This controversial legislation is not only impractical and unfair, but also probably a violation of the state constitution.

“LGBT business enterprise” means a business enterprise that is at least 51 percent owned by a lesbian, gay, bisexual, or transgender person or persons, or, in the case of any publicly owned business, at least 51 percent of the stock of which is owned by one or more lesbian, gay, bisexual, or transgender persons, and whose management and daily business operations are controlled by one or more of those individuals.

As Volokh observes, “the initial version called not just for special outreach, but also for ‘goals and timetables’ for offering more contracts to such firms — the common label these days for preference programs.”

Volokh notes that this legislation could easily be gamed by people claiming to be bisexuals:

In addition to causing practical problems, this legislation also likely violates the state constitution. The legislature does not have a free hand when it comes to favoring people based on sexual orientation under the California state constitution. For example, the California Supreme Court has ruled that any sexual orientation preference or classification is presumptively unconstitutional, and subject to “strict scrutiny,” in its decision in In re Marriage Cases (2008). That includes preferences in favor of lesbians and gays: under California appellate court precedent, strict scrutiny applies even to preferences for minorities, as opposed to the majority. The California Court of Appeal cited this as one reason for striking down various affirmative action programs for women and minorities mandated by the California legislature, in its decision in Connerly v. State Personnel Board (2001).

Under strict scrutiny, a classification or preference is only constitutional if it is “narrowly tailored” and is necessary to achieve a “compelling interest.” A bare desire to help a minority group is not deemed to be a compelling interest, although remedying the present effects of the government’s own past intentional discrimination in employment or contracting against that minority group can be.  (See the Connerly decision and federal appeals court decisions such as People Who Care v. Rockford Board of Education (1997), which rejected proportional representation and “disparate impact” as reasons to adopt preferences). This is true even for “outreach” measures that do not expressly require preferences or quotas.  (See the appeals court rulings in Monterey Mechanical Co. v. Wilson (1997) and Lutheran Church-Missouri Synod v. FCC (1998)).

Here, there appears to be no compelling interest in remedying governmental discrimination in contracting or employment to rely upon, because in California, employment discrimination against gays, and discrimination against gays in state contracts, has been forbidden since 1979, when the California Supreme Court ruled such discrimination violates the state labor code and the state constitution’s equal protection clause in its decision in Gay Law Students Association v. Pacific Telephone & Telegraph Co. Moreover, relying on decades-past discrimination to award a preference to a minority group is usually deemed unconstitutional, as a matter of law, under court rulings like Brunet v. Columbus (1993) and Hammon v. Barry (1987).

Moreover, this statute is not narrowly tailored to remedying any such discrimination (much less its present effects), both because it can easily be gamed by ersatz bisexuals, and because there is no statistical benchmark to delimit the goal of such outreach effort. Unlike racial minorities, whose percentage of the population is calculated rather precisely by the Census Bureau, no one really knows the exact percentage of LGBT people, although there is a consensus among statisticians and demographic experts that it is much lower than politicians, the public, and civil-rights officials tend to assume.

Because most people overstate the gay percentage of the population, sexual-orientation outreach mandates are likely to lead to preferences based on sexual orientation after non-preferential outreach fails to lead to the unrealistically high percentage of gay contractors officials expect. As the leading pollster Gallup notes, Americans tend to vastly overestimate the percentage of the population that is gay. As Garance Franke-Ruta of The Atlantic notes, Americans systematically overestimate the percentage of the population that is gay or lesbian: “‘U.S. adults, on average, estimate that 25 percent of Americans are gay or lesbian,’ Gallup found,” even though “fewer than 5 percent of Americans identify as gay or lesbian.”  Gallup’s results show that overestimates are especially pronounced among Democrats and progressives (a category that includes most civil-rights officials and most bureaucrats responsible for enforcing affirmative-action and outreach mandates).

As Franke-Ruta observed in The Atlantic, Americans systematically overestimate the percentage of the  population that is gay or lesbian: 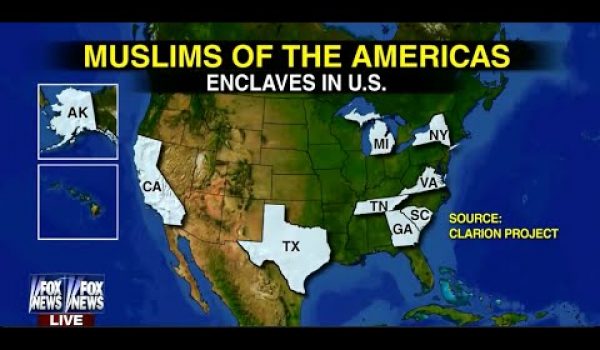