Sometimes choosing the stick over the carrot results in a happy outcome. Just ask Bob Burrows, the man in charge of lunch at Bozeman (Mont.) Schools. Faced with a choice of serving students Michelle Obama’s “healthy lunch” (which students in one state described as tasting “like vomit”) or losing federal funding, Burrows opted for the latter.

How’s it working out? During the first month free of the government yoke, students who had been lunching off-campus at nearby fast-food restaurants are back in the cafeteria line. According to the Bozeman Daily Chronicle, lunchtime traffic is up by over 1,000 students daily.

“Extra food” sales — which refer to anything less than what the federal government considers a complete meal, including healthy sandwiches — are up 48%. For the 11 schools in the district, the lunch program has taken in $73,221, up $1,441 from the same time last year.

The School Board split 5-3 in July when it agreed to suspend the high school’s participation in the National School Lunch Program. Under the Obama administration, the national program has set stricter rules lowering calories, fat and salt in lunches and requiring more whole grains, fruits and vegetables to combat America’s epidemic of childhood obesity.

Even though the decision meant giving $117,000 in federal food subsides, the move has been a win-win. And lest anyone accuse Bob Burrows of filling Bozeman schoolchildren up with junk food, he points out that 55% of the foods served to Bozeman students is made from scratch. The district, moreover, has developed its own nutrition standards, ensuring that no more than 30% of calories in a given lunch from fat, Sodium is also closely controlled.

The secret to Bozeman’s success rests in part with local sourcing. Instead of federal commodity beef, the district is buying from a nearby ranch.

If there is a lesson to be learned it is that matters such as school nutrition are often best left to the school district, rather than micro-managed federally.

Who loves ya, baby? For Cuomo, de Blasio, the answer to that question is depressing
Next Post
Is Hillary Clinton whistling past the graveyard or is she just plain nuts? 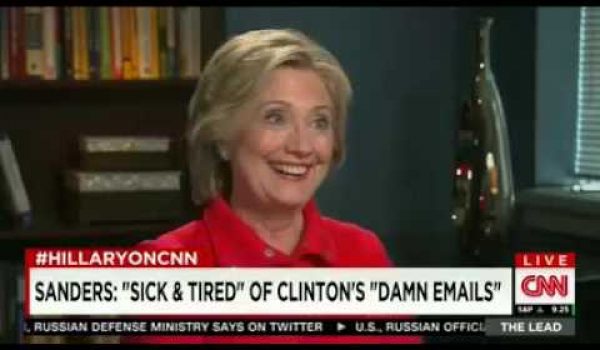