For the second time in four months, President Obama has boldly stated that he could win a third presidential term. Thankfully, for the sake of the country he will be prevented from even trying because the 22nd Amendment to the U.S. Constitution limits the President of the United States to only two elected four-year terms. The unique political environment surrounding the passage of this Amendment by the 1947 Republican-controlled Congress is discussed here.

The first time Obama “joked” that he could win a third-term was on July 28, 2015. While giving a speech in Africa he said, “I actually think I’m a pretty good president. I think if I ran I could win, but I can’t under our constitution, I cannot run again.”

The second time was last Sunday during a “60 Minutes” interview. When asked by Steve Kroft if he thought he could win a third term, President Obama confidently replied, “Yes. I do.”

Is President Obama’s bravado based just on his own narcissistic delusions or is he correct in asserting that, absent the 22nd Amendment, he would be victorious on November 8, 2016?

Meanwhile, every Democratic presidential candidate is running for Obama’s “third term,” whether they admit it or not. This is because, according to Rasmussen Reports 46% of likely U.S. voters approve of his job performance, just three points lower than one month before he was reelected in 2012.

Therefore, and as much as it pains me to write this, here are two math-based reasons why Obama’s talk of a hypothetical victory could be politically warranted.

In order to win a U.S. presidential election a candidate is required to win a minimum of 270 Electoral College votes. Obama won his 2012 reelection with an electoral landslide of 332 votes compared to 206 for his Republican challenger, Mitt Romney.

That means in 2016, if Obama were legally permitted and nominated, he could lose 62 electoral votes and still reach the required 270 needed for victory.

Under this scenario the 2016 Republican presidential candidate could win the three most contested battleground states — Florida, Ohio and Virginia – and still lose the election.

The truth is electoral math is cruel to Republicans.

For example, in 2012 Obama won Florida’s 29 electoral votes by the smallest margin of 50% to 49%. Now, let’s optimistically assume that the 2016 GOP candidate manages to defeat Obama in the Sunshine State and win by that same 1%. Those 29 electoral votes, when added to Mitt Romney’s baseline total of 206, brings the GOP candidate up to 235.

Turning to battleground Ohio, in 2012 Obama won the state’s 18 electoral votes by a three-percent margin of 51% to 48%. Again, let’s assume that the Republican candidate wins the state bringing his or her electoral total to 253.

In 2012, Obama won Virginia’s 13 electoral votes by a margin of four percent, 51% to 47%. If the GOP candidate wins the state by even a one-percent margin of victory that would bring his or her electoral vote total to 266.

However, upon reaching 266 electoral votes, and if current demographic voting group trends  continue, the Republican candidate is not likely to reach 270 due to what I have referred to in the past as the“1992 and 1988 states.”

The “1992 states” are ten states with a total of 152 electoral votes that have been won by every Democratic presidential nominee since the 1992 presidential election.

The “1988 states” represent nine states with a total of 90 electoral votes that have been won by every Democratic presidential nominee since 1988.

Under this historical scenario, and, as was the case in 2012, Obama could be unpopular with half the nation’s voters, but all he would need is 28 more electoral votes to reach 270.

Looking at 2012 presidential voting data, here are five states where Obama could cobble together an additional 28 electoral votes. Obviously, and if nominated, Hillary Clinton would be counting on these same 28 votes if she were to lose Florida, Virginia and Ohio.

First is Colorado with 9 electoral votes and Obama’s margin of victory was 51% to 46%.

Next is New Mexico with 5 electoral votes that he won by a decisive 53% to 43% margin.

Thus, these five states with a total of 30 electoral votes would give Obama 272 electoral votes, two more than needed to win reelection and continue building his destructive legacy.

The Power of the Incumbent

The second reason why Obama talks confidently about winning a third term is the powerful advantage held by any incumbent president as witnessed by an historic 68.7% reelection rate for incumbents.

In the 57 U.S presidential elections held since the founding of our nation, 32 have featured incumbents and 22 of those presidents have won more than one term.

However in post-World War II presidential elections, the odds of an incumbent winning reelection has risen dramatically. Since 1946, out of the 11 incumbent presidents who ran for reelection, only three have lost their reelection bid — Ford in 1976, Carter in 1980, and G.H.W. Bush in 1992. Could this be attributed to the increased power concentrated in the Office of the President and an incumbent’s ability to manipulate events and subsequently voters?

Therefore, given the overwhelming odds of an incumbent winning reelection, Obama might be correct when he boasts about his chances of winning a third term. Fortunately, he will not get a chance to test his political instincts.

So now let’s applaud the 1946 Republican Congress. These visionaries recognized the potential for abuse of power by a president elected to more than two terms and in a sliver of political time, acted to curtail it. 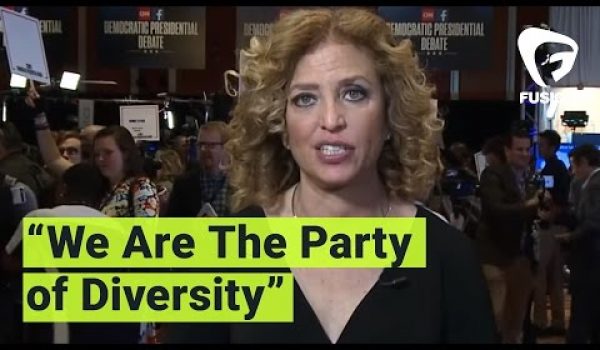 Watch DNC chair’s priceless response to charge Dem candidates are too white
Next Post
Cartoon of the Day: Assuming the position for peace