As the nation prepares to accept thousands of Syrian refugees that a Homeland Security director warned would likely include Islamic State terrorists, a series of maps brought to light seem to indicate a correlation between the number of mosques and refugees with terrorist activity, particularly in New York state.

Via Michele Hickford writing at Allen B. West:

They say a picture is worth a thousand words. If that is so, we could provide three thousand words to go along with the following maps. But we think only one is necessary: disturbing.

First, here is a map of mosques in America. Note the pink and red states.

Next, here is a map of refugee arrivals by state for October 2014 to July 2015. These figures only represent refugees brought to each state by resettlement contractors. They do not include ‘secondary migrants’ (refugees resettled elsewhere who decide to move), asylum seekers or successful asylum seekers (called asylees), or the ‘unaccompanied alien children.’

And finally, here is a compilation of Islamic terror activity by state – based on data only through 2007, so it’s just a snapshot in time.

Is it Islamophobic to connect the dots here? As you mull an answer to that question, consider how your state ranks.

New York ranks particularly poorly, coming in behind only California in the number of mosques, third in refugee arrivals, and demonstrating serious terrorist activities across the state and across multiple terror groups.

Upon discussing refugees being accepted in Erie County last month, Homeland Security Program Director Steven MacMartin warned that it would be nearly impossible to prevent ISIS terrorists from being part of those coming into the state.

Immediately after MacMartin’s warning, mayors from 18 cities signed a letter selling out the safety of their residents by declaring a willingness to accept even more of these unverified refugees. The letter was signed my New York mayors Bill de Blasio and Stephanie Miner of Syracuse. It reads:

We will welcome the Syrian families to make homes and new lives in our cities.

Indeed, we are writing to say that we stand ready to work with your Administration to do much more and to urge you to increase still further the number of Syrian refugees the United States will accept for resettlement.

New York, and especially the Big Apple, have obviously had more than their share of terrorism. If there is another attack, don’t say you weren’t warned. 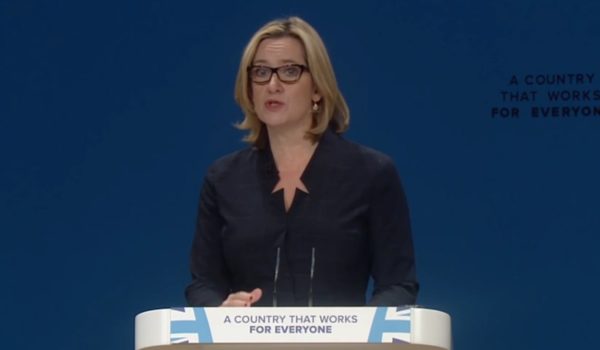 Here’s how residents of Detroit celebrated this year’s ‘Indigenous People’s Day’
Next Post
Cartoon of the Day: Job opening