A Texas state representative recently caught in an undercover video is now being accused of threatening the person behind it.

The video in question shows Harold Dutton, a Democrat, bragging about allegedly having connections to the Bonanno crime family out of New York through Texas lobbyist Nick Kralj. Dutton also alleged that a Galveston sheriff gave him a tour of the town and supposedly boasted to him that if Dutton wanted to murder someone, he could get away with it.

Emily Gardner, who worked with the American Phoenix Foundation to film the undercover video, told the Daily Caller News Foundation Dutton sent her two allegedly threatening emails and called her since TheDCNF first reported the story in late September.

Gardner ignored the call and then blocked his number but provided copies of the emails to TheDCNF. The emails were sent from a Yahoo email address containing Dutton’s first and last name.

“You have been identified as the individual who illegally taped a conversation that did not include you,” the first email to Gardner reads. “That is against Texas law and could result in a prison term.” The email is signed “Harold V. Dutton, Jr.”

Gardner said she took this as a threat that he could press charges because he was not aware she was recording the conversation. Gardner says she recorded Dutton in a public place, which is legal in Texas as long as the person recording is present for the conversation.

She received a second email Oct. 6 that ends with the same signature and reads: “I have something for you. Let me know when you are available.” She said this second email was what really troubled her.

“Can you imagine being in the middle of your workday and getting something like that?” she told TheDCNF. “He said I have something, so I’m thinking what does he have for me, a bullet in the head?”

“I took that one as, ‘you didn’t listen to my legal complaint, because I have nothing, so maybe you’ll listen to this,’ kind of like intimidation,” she added. “That honestly did kind of shake me, because if what he said in the video is true, then he knows guys in the mafia.”

Dutton has been in office since 1992. He represents the 142nd district of Texas in Houston.

Gardner said she was out with Dutton multiple times but that her video is only a small part of a much larger project involving many other people. The American Pheonix Foundation said this video is their first in a series to expose Texas politicians.

Gardner said she is still worried about the emails.

“I’m so stressed,” she told TheDCNF. “I’ve just never been in a situation like this.”

Dutton did not respond to a request for comment.

Seattle yoga class ‘respectfully asks’ that these people not attend
Next Post
Did Hillary intend to zing Obama in her anti-NRA tirade or did she just goof? 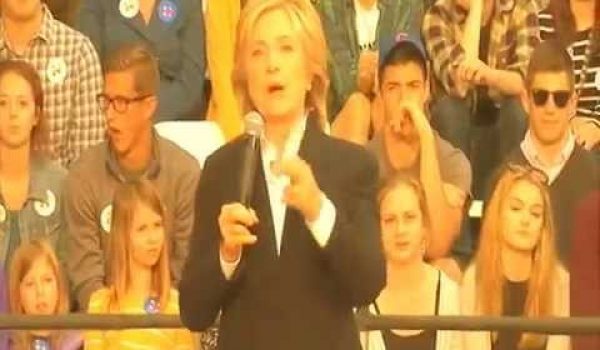