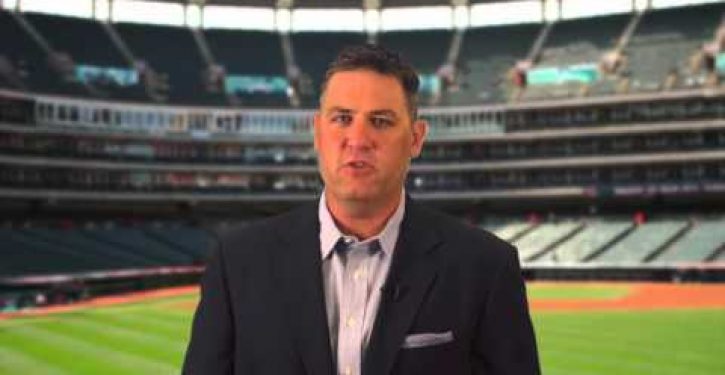 A veto referendum on the anti-discrimination ordinance known as the Houston Equal Rights Ordinance (HERO) will be on the ballot for Houston voters in Harris County, Texas on November 3, 2015. The law is the result of a lengthy battle between the residents of Houston and its outgoing lesbian mayor Annise Parker.

Despite protections already provided by Title VII of the 1964 Civil Rights Act, Proposition 1 on the ballot reads:

The Parker administration’s deceptive tactics in attempting to pass this ordinance were exposed by two separate Texas Supreme Court decisions, which – first – forced her administration to accept the signatures of more than 52,000 voters to put the ordinance up for a vote on the November ballot and – secondly – rejected her initial deceitful ballot language, designed to confuse the voters.

Likewise, “HERO allows men to freely enter and use women’s bathrooms, locker rooms and showers,” which HERO proponents do not deny. Campaign for Houston asserts:

Participating in its public information campaign, former Houston Astros’ outfielder Lance Berkman is asking Houstonians to vote “no” on Proposition 1. He expresses his concern for the safety and privacy of his four daughters and other women and girls from potential assailants who under HERO could freely enter women’s showers, bathrooms, and locker rooms – without legal repercussions.

As someone who knows first-hand about the vile nature of the other side in this battle, I applaud you for having the conviction to stand up for what is right. It’s important to differentiate that public opinion is not driving this “decision” to target you. It is the outcry of a few rogues, willing to use their undue influence with the media in the effort to contort your message, to rebrand your stance in the eyes of the public from one of valor, to one of hate.

I greatly respect your stance for the rights of your own family, of your wife and of your daughters. By taking this stand you have purposefully placed yourself between those who would do harm to our families, and who seek to destroy our society. You are standing for the rights of all who desire a morally upright society.

Others have joined Berkman as well. Houston native Rev. Kendall Baker, candidate for City Council, asserts, “This ordinance isn’t HERO. HERO is zero. It violates the protection of our women and children.”

Worse still, is that anyone who might “offend” either of these “protected” groups could be legally prosecuted.

HERO violations classify as class C misdemeanors carrying a fine between $250 and $500 per violation with a $5,000 cap. As a result, First Amendment protections of “free speech” and “religious expression” would be compromised. As well as an individual’s right to privacy.

Craig Calterra of NBC Sports argues that “there are zero reported cases of transgender people attacking people in bathrooms; and there is nothing stopping cisgender sexual predators from using the same restrooms as children as it is and that stopping such things has never been on their agenda.”

Calterra and others in the LGBTQ community argue HERO opponents are simply avoiding “saying, ‘we’re against this law because we are uncomfortable with transgender people in general and allowing what we perceive to be a political victory for LGBT persons in particular.’”

Proposition 1 is a result of the recent Texas Supreme Court ruling requiring the City of Houston to either 1) honor the city secretary’s initial signature count of July 3, 2014 and repeal the May 28, 2014 ordinance or 2) include the ordinance on the November 2015 ballot for voters to decide. The Houston City Council chose the second option.

The Court ruling decided the battle ensuing from the May 28, 2014 City Council vote enacting HERO. In response, more than 52,000 signatures were collected and presented to the city secretary’s office on July 3, 2014 in order to add a ballot measure for voters to repeal the ordinance in November, 2014. Instead of honoring the signatures, which totaled more than three times the required number for a ballot initiative, Houston officials claimed the signatures were invalid. They were then taken to court.

Next, Mayor Parker subpoenaed pastors’ sermons and communication with their congregants and/or colleagues. After significant public and legal backlash Parker later backtracked.

We agree … that the city secretary certified their petition and thereby invoked the city council’s ministerial duty to reconsider and repeal the ordinance or submit it to popular vote. The legislative power reserved to the people of Houston is not being honored.

Because protections for all people are already specified under Title VII of the 1964 Civil Rights Act, the question to be asked is what purpose HERO serves other than an ulterior agenda? If women and children’s safety and privacy are made less legally equal to a man’s choice to use a woman’s bathroom instead of an already available mens bathroom – what equal protection does HERO enforce?

No discrimination already exists – men are not prohibited from using men’s bathrooms, showers, and locker rooms.

What is equal about women and children potentially being harassed, abused, or violated and also considered a less legally protected people group than those among the LGBTQ community?

Even more important is the reality that HERO detracts from Houston’s leaders addressing its multi-faceted, profoundly immense crises. Houston is an epicenter for violent crime, drug and human trafficking, human rights abuses, terrorist training, and even a recent pledge of allegiance to ISIS. No Christians are involved in any of this, but Imams are.

Yet, Parker remains focused on bathrooms.

Tweet of the Day: ‘In Defense of Looting’
Next Post
Disgraceful: CNN has father of Oregon killer on to rail against guns