We’ve had six weeks of fruitless palaver as Russia built up a military force in Syria, followed by 48 hours of misdirection and excuse-making from the White House, as Russia put the military force to work bombing non-ISIS targets – some of them linked to U.S.-backed rebels.

When was the joke going to end, and the American response start?  Even some Obama supporters were starting to get nervous.

So it’s a relief to see the administration finally taking decisive action.

We call on #Russia to immediately cease attacks on Syrian oppo & civilians & to focus on ISIL pic.twitter.com/61zw3h9qd7

Lest you suspect this might not be an actual thing, it’s posted at the State Department website here.

On a serious note, I doubt I need to explain to anyone how very weak and meaningless this gesture is.  But let’s take the trouble to consider one aspect of it, at least.

There is nothing to indicate that the sentiments expressed in the note were conveyed, in diplomatic channels, to Russia.

When you expect your objections to make a difference, it’s customary to present them officially to the nation that’s doing what you don’t want.  You then tell the people you’re responsible to – i.e., the people who elected you – that you’ve done it.

One thing we are left to wonder is if Russia would even have accepted the communication, if Obama had tried to deliver such a letter.

I don’t think they’re so far gone at Foggy Bottom that they don’t know they should be communicating with Russia, if they want to achieve an actual effect.  Posting a “media note” to the world at large, as if this complaint were on a par with State Department announcements like “Global Partnerships Week,” may actually reflect an appalling reality: that Russia has closed the Complaints window for the U.S. on Syrian matters – at least at the political level.

U.S. and Russian officials are still discussing how to share the combat space in Syria.  But all things military are ultimately decided by political leverage.  I assure you, it is impossible for U.S. forces to maintain a posture of “making things crystal clear to the Russians,” if there is no political respect for the Obama administration itself on the Russian side.

The lack of respect will be for a reason – and it will be for the same reason that American forces won’t be able to hold any line in Syria.  They won’t have reliable back-up from the White House.  Time will quickly erode the U.S. military position on how to share the battle space, and Russia will simply dictate the conditions in which our forces operate.

I doubt we can really conceive how fast things are going to move from this point on.  Reports continue to flood in that Iran is deploying troops in large numbers to Syria, and that Russia and Iran will mount a major ground offensive there soon.

For the military task at hand, their weapons and skills are not as good as ours – but they will fight ruthlessly and without compunction, which we have not done at any time in the last 25 years.  Where we have fought delicately, to “encourage” a new status quo that could last without us, Russia and Iran will fight brutally to hold territory they mean to stay on, in one form or another.  It will make a difference.

I don’t think even geopolitics specialists really appreciate how dangerous a precipice we stand on.  There is no assumption of our current order that is not up for grabs now.  We haven’t seen a situation like this for many hundreds of years.  Things you think can’t possibly come up for rearrangement – how the Suez Canal operates; who if anyone keeps it safe to navigate the waters of the Mediterranean; how freely air traffic moves between Europe and Asia; whether the Strait of Malacca is open to everyone; whether military outposts targeting the United States proliferate in the Americas – all these things are in the realm of the “thinkable” now.

The protection of the United States has been lifted from the world.  On what else will the nations cease giving ear to anything the Obama administration says?  We’re going to find out.

Obama peddles gun control fable
Next Post
Imagine if the Oregon shooter had asked his victims-to-be, ‘Are you Muslim?’ 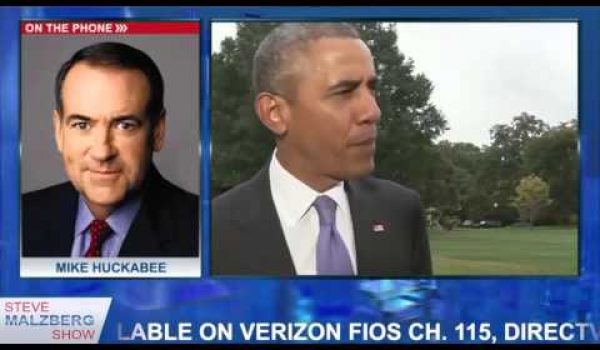